Is it OK to recline your seat? The great reclining debate 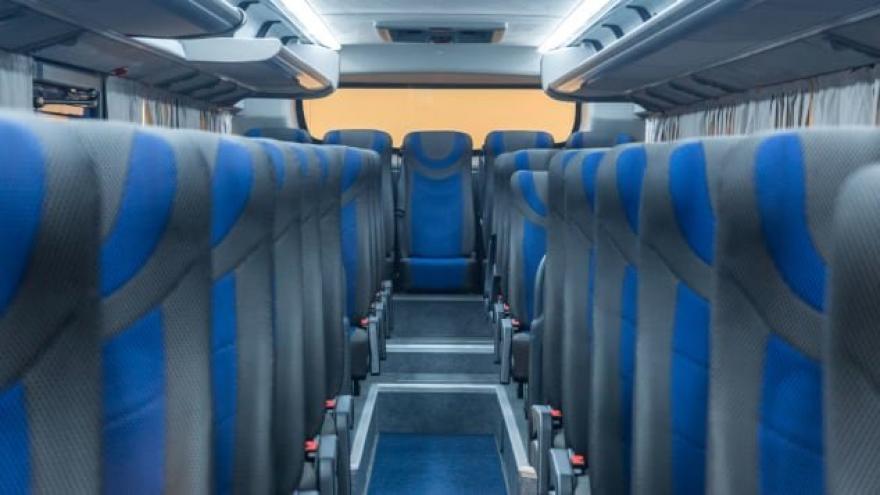 For those who abhor the recline option, it's a small step. And for those who value it, well, it's a compromise. This seemingly innocuous topic is one where there are very much two minds on what's acceptable and what's not. Two CNN Travel staffers engage in a friendly debate about seat recline.

Your seat. Your decision.

Stacey Lastoe, senior editor at CNN Travel, is of above-average height and makes no apology about reclining; it's her right as a plane, train and bus passenger. She encourages the person sitting in front of her to recline as well.

On the first leg of my flight to Japan for my honeymoon, my husband and I got upgraded to first class. Although it would just be a few hours in the sky en route to Dallas, I was excited about sipping Champagne, sitting back and relaxing. Flute in hand, I pushed back to recline my seat for maximum relaxation. But it would not budge; I appeared to be stuck in a dysfunctional seat.

Turns out the gentleman behind me had a dog in a crate down between his legs, positioned so the seat in front of his -- my seat -- had nowhere to go. Because we were newlyweds and loving every moment of it, I did not mind when my husband turned to the man and told him his wife wanted to recline her seat and asked if he could please rearrange his dog crate to allow for everyone's comfort.

The guy lost it, but not before a flight attendant intervened and rationally explained that it was my "right" to recline my seat. She pointed out that there was plenty of room for his dog and that he could not use the animal to infringe upon my reclining rights.

In the end, dear reader, I reclined. I drank Champagne. I reread our Japan itinerary. I napped.

You see, I am a recliner. A person who reserves the right to recline. In doing so, I fully expect the person in front of me to exercise their right to recline as well. I recline, you recline, we all recline for increased comfort.

I can't sleep sitting up fully erect, though, wow, that would be lovely. And I enjoy sleeping on airplanes, trains, buses and in the car. I appreciate modern technology that has enhanced seating with reclining capabilities.

Outside of business or first class air travel, I know it can be tight. Of course I have to shift my butt a bit further back in the seat when someone reclines so my knees aren't compressed into the back of the reclined seat. But this is to be expected. It's certainly no cause for irritation or anxiety.

Now, I have heard the frustration from many who like to work on their laptops on planes. Depending on the size of the laptop -- and the economy class seat -- it's impossible to have the laptop fully open on the tray table when the person in front of you reclines. Allegedly.

I've had success pulling my laptop a little closer to me, half on the tray table, half hovering over my lap, or I have simply opted to keep the tray table tucked away and rely on my lap, for my, ahem, laptop.

What I'm saying is: It's not impossible to work just because your neighbor has chosen to exercise their right to recline.

As long as the seat has a recline function, I'll be sitting back and enjoying the flight.

How is this flight different from all other flights?

Lilit Marcus, CNN Travel's Hong Kong-based editor, really values the social contract you enter into when traveling among strangers. She is also known to argue in favor of hotels.

On the Jewish holiday of Passover, we open with a question: Why is this night different from all other nights? One of the answers is: Tonight we recline.

While that specific discussion of reclining has to do with the metaphor of being able to relax again after the hardship of the Biblical story of Exodus, it also provides a useful template for travel.

In other words: Reclining should be reserved only for special occasions.

Traveling, unless you're impossibly wealthy, is often a communal experience. We may not know the strangers squished next to us on the bus, plane or train, but we're all connected to each other by virtue of going to the same place.

The Passover story, too, is one of a journey undertaken by a group.

As the Jewish people, led by Moses, fled slavery in Egypt, the Red Sea parted for them and they were able to escape.

Due to the precarious nature of the journey, they had to work together. Miriam, Moses' sister, played the tambourine to lift everyone's spirits.

You know what she did not do? Decide that everybody else in the group could just figure out their own way and that she was just going to coast along doing her own thing.

You know what else she did not do? Recline.

Reclining is a way of asserting that your travel needs, and only yours, matter. People are fine with doing it, but no one likes it when it happens to them. Often it's the very same people shoving their seat back as far as it will go who are the loudest to complain when the person in front of them plows back thoughtlessly right into their dinner service.

The truth is that we are all hurtling into the unknown together. We are all doing the best that we can while coping with in-flight anxiety, loud passengers, bumpy air and more.

You could decide that your desire for a few more inches of space is what really matters. But just as you wouldn't -- uh, I hope you wouldn't -- scream right into a fellow passenger's ear, you can also be compassionate by not forcing your way into more of the tiny amount of personal space he or she already has.

Be kind. Recline on another night. Even if it's Passover.

If the plane lands on a weird mystical island and you are trapped there with all your fellow passengers waiting to be rescued, they will remember who reclined.

Especially when it's time to make tough decisions about who to rescue from the polar bears.