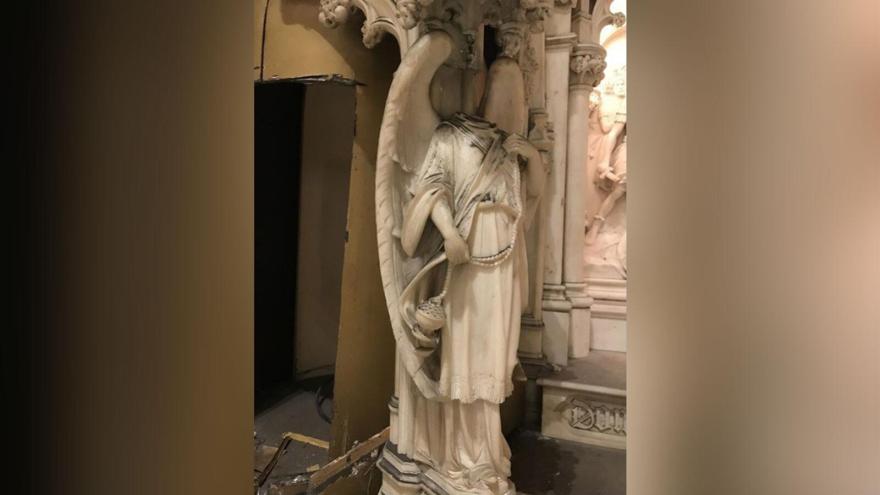 A head was removed from an angel statue flanking the alter during the theft, officials said.

(CNN) -- A tabernacle valued at $2 million was stolen from a Catholic church in Brooklyn last week and statues of angels flanking the altar were decapitated in the process, police said.

The theft occurred at the St. Augustine Roman Catholic Church in the Park Slope area sometime between 6:30 p.m. Thursday and 4:00 p.m. Saturday, according to the NYPD.

The tabernacle dates back to when the church was built in the 1890s and "is irreplaceable due to its historical and artistic value," the Diocese of Brooklyn said in a statement. "The Holy Eucharist housed inside the Tabernacle was thrown all over the altar," the statement said.

"This is devastating, as the Tabernacle is the central focus of our church outside of worship, holding the Body of Christ, the Eucharist, which is delivered to the sick and homebound," Father Frank Tumino, pastor of St. Augustine, said in the statement from the diocese.

"To know that a burglar entered the most sacred space of our beautiful Church and took great pains to cut into a security system is a heinous act of disrespect," Tumino said.

The NYPD has asked the public for any tips or information relating to the theft.