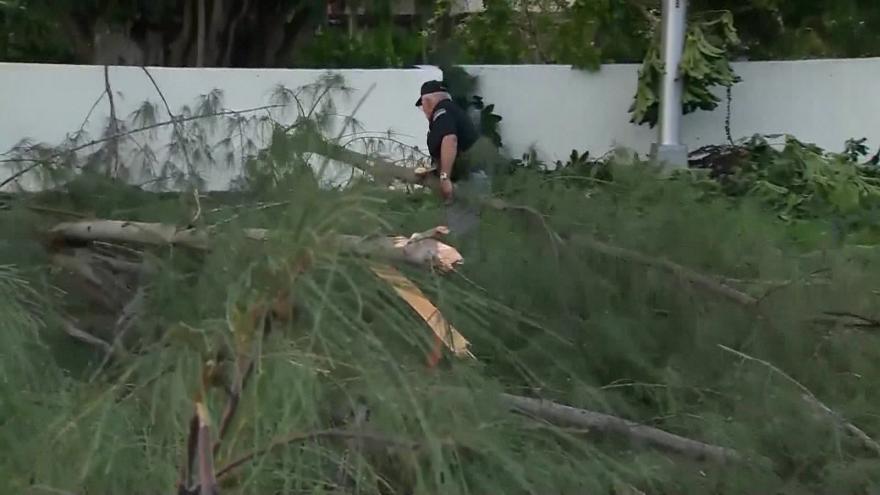 TAMPA, Fla. (AP) — More than 5.5 million homes and businesses are without power in multiple states as Tropical Storm Irma moves through the Southeast.

The vast majority were in Florida. Eric Silagy, the CEO of Florida Power & Light, said Irma caused the most widespread damage in the company's history. It affected all 35 counties in the utility's territory which is most of the state's Atlantic coast and the Gulf coast south of Tampa.

He said about 4 million homes and businesses were without power at noon Monday, affecting about 9 million people. The most extensive damage was likely in the Naples area, but a full assessment was ongoing. He said 19,500 electric workers have been deployed in the restoration effort.

Still, he said, it will take days for many people to be restored and, in some cases where the damage was extensive, weeks.

Meanwhile, Duke Energy reported Monday morning that more than 860,000 of the homes and businesses it serves in Florida were without power.

Georgia reported more than 570,000 homes and businesses without electricity, and there were 80,000 in South Carolina.