Iranian hackers who posed as the Proud Boys accessed voter data in one state, feds say 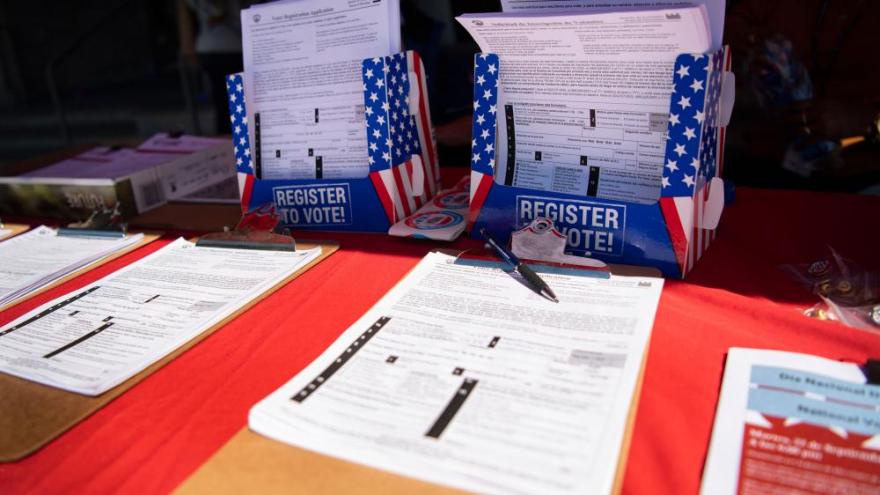 The FBI and the government's cybersecurity agency, Cybersecurity and Infrastructure Security Agency, said Friday that the Iranians had "obtained voter registration data in at least one state."

(CNN) -- The Iranian hackers suspected of posing as the Proud Boys and sending threatening emails to potentially thousands of American voters accessed voter registration data in at least one state, US federal officials said Friday evening.

The hackers had posted a video online last week that purported to show they had access to information about American voters.

The FBI and the government's cybersecurity agency, Cybersecurity and Infrastructure Security Agency (CISA), said Friday that the Iranians had "obtained voter registration data in at least one state."

"A review of the records that were copied and obtained reveals the information was used in the propaganda videos," the agencies said in a joint advisory.

The agencies said they had found evidence that hackers had scanned state election websites looking for security vulnerabilities they could take advantage of.

Some threatening emails that were sent last week to voters in multiple states, including Florida and Alaska, read, "You will vote for Trump on Election Day or we will come after you."

The emails were made to look as if they had been sent by the Proud Boys, a hate group embraced by President Donald Trump at the first debate, but were actually the work of Iranian hackers, US intelligence and law enforcement agencies announced last week. Some of the emails included the home addresses of the voters the messages were sent to.

The FBI and CISA published technical details about methods and computer infrastructure they say the Iranians are using. The disclosure of such information is intended to help election officials, and other organizations, protect their computer systems from future suspected Iranian attacks and to check if they have already been targeted.

The Iranian government last week denied it was interfering in the US election.

"Unlike the U.S., Iran does not interfere in other country's elections. The world has been witnessing U.S.' own desperate public attempts to question the outcome of its own election at the highest level," Alireza Miryousefi, the press officer for Iran's mission to the UN, wrote on Twitter.