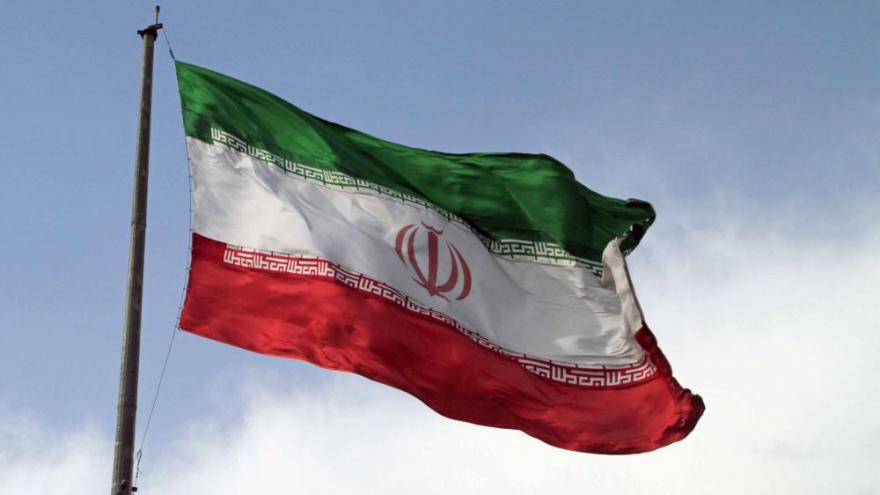 A senior Iranian official told CNN, Iran plans to prevent inspectors from the UN nuclear watchdog reviewing video footage of some nuclear sites until there is an agreement to salvage the Iran nuclear deal.

(CNN) -- Iran plans to prevent inspectors from the UN nuclear watchdog reviewing video footage of some nuclear sites until there is an agreement to salvage the Iran nuclear deal, a senior Iranian official told CNN.

The decision puts pressure on talks taking place in Vienna which are seeking to bring the US and Iran back into compliance with the 2015 deal.

"If the talks succeed Iran will surely show the tapes to the IAEA," the official said. "Sharing the tapes depends on the way that the negotiations will proceed. The key to the question is the agreement. If they agree on something that will open the door for cooperation and better understanding including in the area of transparency."

The agreement between the International Atomic Energy Agency (IAEA) and Iran to allow them to review video footage at some Iranian nuclear sites expired more than a week ago, leaving a blind spot for the international community when it comes to certain elements of Iran's nuclear program. Secretary of State Tony Blinken said that the US has serious concerns about the lapse in the agreement, and those concerns have been shared with Iran. Last month, a senior State Department official said that not extending the IAEA agreement would make it "that much more complicated" to get back into the deal.

When asked about Iran's decision a State Department spokesperson said the US has "made clear that Iran should continue taking necessary measures to preserve JCPOA monitoring information," adding that "any failure to do so would be inconsistent with Iran's expressed desire for a mutual return to JCPOA compliance as soon as possible."

The IAEA did not respond to a request for comment.

While the seventh round of negotiations have not yet been announced, both US and Iranian officials quietly acknowledge that the talks are entering a critical period. When the hardliner Iranian President-elect Ebrahim Raisi assumes his duties in August, it will be much harder to seal a deal unless one has already been agreed to, sources and regional experts told CNN.

Iran has no intention of destroying the surveillance footage at the nuclear sites as long as the talks in Vienna are continuing, according to the official who added that Tehran has decided to keep the footage hidden from the IAEA right now because they are allowing the diplomacy to proceed.

But there are concerns about Iran living up to that commitment, particularly among Iran skeptics. Just last week, according to reports, Iran's parliament speaker struck a more absolutist tone: claiming that none of the recorded information "will ever" be shared with the IAEA.

"If the talks progress and a deal starts to solidify, I think political scrutiny will intensify among Republicans and hawkish Democrats, and uncertainty around Iran's nuclear progress in recent months will be part of that concern," said Henry Rome, an analyst at the Eurasia Group.

The Iranian official pushed back on any idea that preventing IAEA access right now could possibly prevent a deal, citing the fact that the IAEA would eventually be able to see the entire footage once a deal that brings the US back into compliance with the deal is agreed to. Yet given the delicate nature of the next month, there are some fears that Iran's decision to keep the IAEA from accessing the video footage could imperil the talks at a critical moment.

Others say that while this is a disturbing development it is not a reason for panic, particularly given the challenge of parsing Iran's motivation.

"This puts additional time pressure on the talks because a few weeks of this is not great and a few months of this is a big problem. It is also worrisome to see the Iranians take this position and what that portends for the broader talks. But it may just be Iranian posturing before going back into the nuclear agreement," said Ilan Goldenberg, the Middle East Security Director at CNAS.

In recent weeks the Biden administration has said there are still significant differences in the negotiations, and they have made it clear that are keeping an eye on the clock as these talks continue. It remains unclear when, precisely, the US would walk from the talks but Blinken said last week that point would come if Iran continues to develop its nuclear program beyond what is allowed in the Iran nuclear deal.

"If this continues, if they continue to spin more sophisticated centrifuges at higher and higher levels, we will get to a point where it will be very difficult as a practical matter" to return to the deal as it was initially agreed to, he told the New York Times.