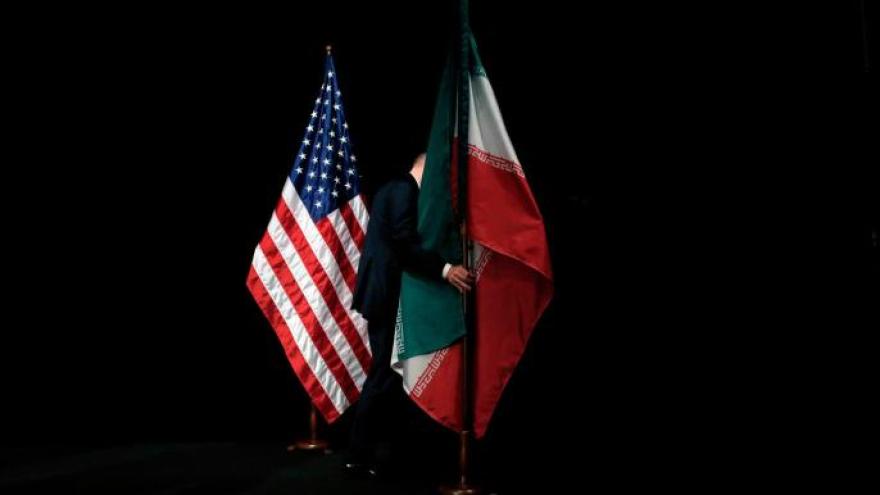 Efforts to revive the Iran nuclear deal have again hit a snag as US officials charge that Tehran's latest response signals that it is not ready to return to an agreement in the immediate future as it has failed to cooperate on a probe into traces of undeclared nuclear material.

(CNN) -- Efforts to revive the Iran nuclear deal have again hit a snag as US officials charge that Tehran's latest response signals that it is not ready to return to an agreement in the immediate future as it has failed to cooperate on a probe into traces of undeclared nuclear material.

The United States and Iran have traded responses via the European Union to a proposal put forward by the EU's top diplomat, Josep Borrell. Iran submitted its initial answer in mid-August; the US replied to it about a week later.

Last Thursday, Iran sent its latest answer, which a State Department spokesperson said was "not constructive."

On Monday, Borrell said he was "less confident" about prospects for the nuclear deal, from which the US withdrew in 2018 under the Trump administration. Iran has increasingly violated its commitments to the agreement and grown its nuclear program in the wake of the US withdrawal.

"The last interaction is not converging, it is diverging," Borrell said, calling it "very much worrisome."

"If the process does not converge, the whole process is in danger," he said.

According to a US senior administration official, Iran in its latest response reopened the issue of the UN nuclear watchdog's investigation into undeclared uranium traces found at Iranian sites. Iranian officials had repeatedly said that the International Atomic Energy Agency (IAEA) probe would need to be closed before they would return to the deal. However, a separate US senior administration official suggested last month that Iran had accepted the EU proposal -- described by Borrell as the "final text" -- without making demands regarding the investigation.

Rafael Grossi, the head of the IAEA, is "increasingly concerned" that "there has been no progress" towards resolving the issue, according to a restricted report to member states, which said that "Iran has not engaged with the agency on the outstanding safeguards issues during this reporting period."

Grossi said that unless "Iran provides technically credible explanations for the presence of the uranium particles" the IAEA will not be "in a position to provide assurance that Iran's nuclear programme is exclusively peaceful," according to the report.

State Department Spokesperson Ned Price said last month that "Iran needs to answer the IAEA's questions," adding that "our position is not going to change."

In June, the IAEA's Board of Governors censured Iran and called for explanations on why uranium particles were found at three undeclared sites in 2019. Iran dismissed the IAEA motion as "politicized," and responded by removing surveillance cameras at key sites in response -- depriving negotiators of up-to-date information on the country's uranium enrichment program.

On Wednesday, State Department deputy spokesperson Vedant Patel the US is continuing to work through negotiations to try to salvage the Iran nuclear deal, but reiterated that "Iran's response did not put us in a position to close the deal."

"This is something that we're going to continue to pursue, because we continue to believe and affirm that a mutual return to compliance of the JCPOA continues to be not only in the national security interest of this country, it's an important step to contain Iran's nuclear program," Patel said during a press briefing, using an acronym for the formal name of the 2015 agreement: the Joint Comprehensive Plan of Action.

"The President has consistently made clear that his priority is to prevent Iran from ever acquiring a nuclear weapon. That hasn't changed. Iran's response did not put us in a position to achieve that outcome, as we will not close a deal unless Iran meets the terms that we have set forth. We are not there yet. This is a negotiation, with regular back and forth -- and we are demonstrating that President Biden will only conclude a deal that he determines is in the national security interest of the United States," Watson said.