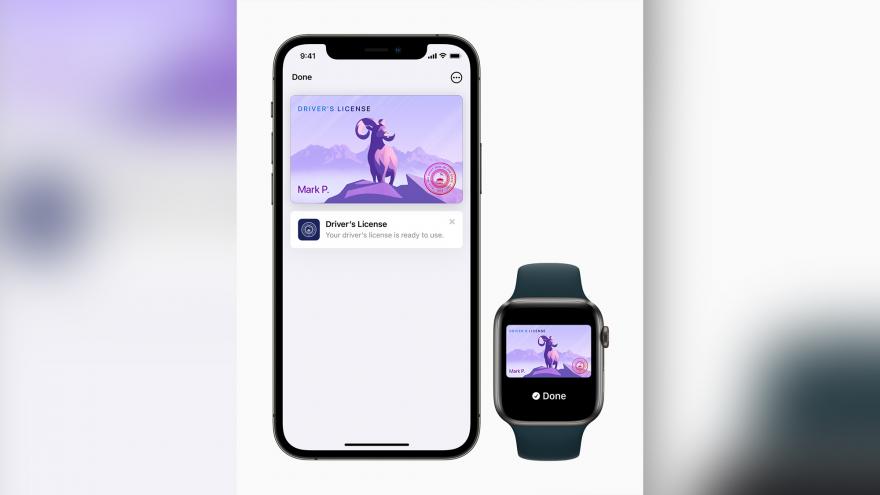 (CNN) -- Apple has enlisted eight states in a program that allows people to "seamlessly and securely" add their driver's license or state IDs to their Apple Wallet to use at airport security checkpoints.

Arizona and Georgia are the first states to enroll in the program, with Connecticut, Iowa, Kentucky, Maryland, Oklahoma and Utah following soon. In a release Wednesday, Apple said the initiative is an "easy, fast, and more secure way" for people to present their IDs on their iPhone or Apple Watch to Transportation Security Administration officers.

Apple didn't say when the TSA program, which was first announced in June, will officially launch in these states.

To ensure it's official, the user will have to take a selfie after uploading a picture of their driver's license or state ID card. They will also be required to complete facial and head movements, similar to how Face ID is activated. The upload will be "securely provided" to the state for verification.

Once activated and approved, users can tap their iPhone or Apple Watch at the identity reader at the security checkpoint and the agent will see information required to fly. It works similarly to how people use the Wallet to make purchases at card readers.

Of course, don't leave your ID at home completely — you'll still need it to fly home if you're traveling to a state that's not in the Apple program.

For security, Apple says the information on the IDs is "encrypted and protected against tampering and theft." Biometric authentication is also used to ensure the proper person is using the phone or watch.

Privacy and security concerns have dogged Apple recently. The company sparked an outcry last month when it rolled out a new iOS tool that scans users' devices for images of child abuse. Critics say such technology could be used beyond its stated purpose, for example exploited by law enforcement or government entities.