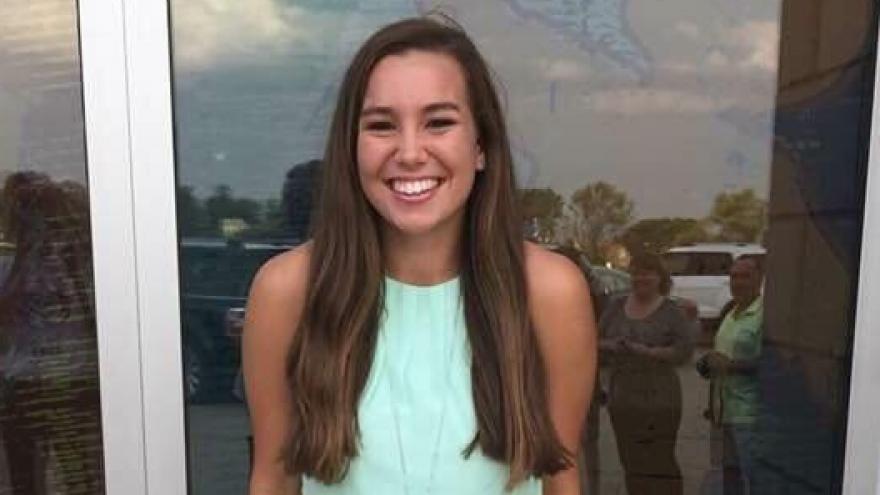 BROOKLYN, Iowa (AP) — The Latest on the death of a 20-year-old Iowa student who vanished while running last month (all times local):

The state medical examiner has determined that Tibbetts' death was a homicide. No details were released about what caused the sharp force injuries. The agency says further examination may result in additional findings.

The Division of Criminal Investigation released the information Thursday, saying the autopsy also officially confirms that the body found in rural Iowa this week was that of the 20-year-old Tibbetts.

A man has been charged in Tibbetts' slaying. Investigators say Cristhian Bahena Rivera led police to the body on Tuesday in a cornfield outside of Brooklyn, Iowa.

Investigators allege that Rivera abducted Tibbetts while she was out for an evening run on July 18. Investigators say he killed the young woman and later disposed of the body in a rural location.

For years, his employer said the young man from Mexico presented himself as a legal U.S. resident and reliable worker at a family dairy farm in small town Iowa.

But now Cristhian Bahena Rivera is accused of illegally living and working in the U.S. on fraudulent documents and of being a predator who kidnapped and killed a beloved young woman.

Rivera appeared in court Wednesday on a first-degree murder charge in the death of 20-year-old college student Mollie Tibbetts. He was ordered jailed on a $5 million cash-only bond.

The turn of events stunned the farm family that employed him the last four years. They said even after Tibbetts disappeared on July 18 while out for an evening run in the town of Brooklyn, Iowa, Rivera kept coming to work.