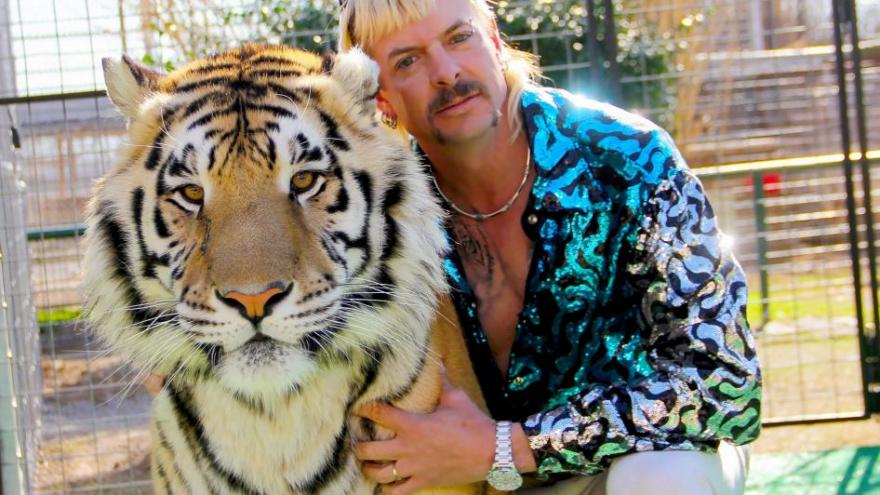 (CNN) -- The House of Representatives on Thursday passed a bipartisan bill that would ban private ownership of big cats like lions and tigers, after the wildly popular Netflix docuseries "Tiger King" helped renew attention on the issue.

The "Big Cat Public Safety Act" passed the House Thursday night on a 272-114 vote, with 48 Republicans voting with Democrats to approve the measure.

Democratic Rep. Mike Quigley of Illinois, the bill's main author, said the legislation's passage is "one step closer to ensuring these animals are treated humanely and to keeping the public safe from dangerous big cats."

"Big cats are wild animals that simply do not belong in private homes, backyards, or shoddy roadside zoos," he added in a statement Friday.

As Americans found themselves at home at the onset of the Covid-19 pandemic, Netflix debuted "Tiger King" which centered around Joseph Maldonado-Passage -- who goes by the name "Joe Exotic" -- an eccentric keeper of big cats in Oklahoma. Maldonado-Passage is currently in prison for killing five tigers along with several other wildlife violations, and a murder-for-hire plot against Carole Baskin, who was heavily featured in "Tiger King" and was a vocal critic of his animal park.

Quigley said on the House floor Thursday that "'Tiger King' showed the world in stark relief how exploitative, dangerous and inhumane this tiny so-called industry is."

Democratic Rep. Ed Case of Hawaii, a member of the House Natural Resources Committee, said Thursday the bill would stop animal abuse and "bad actors like those we saw on 'Tiger King.'"

Though its companion bill in the Senate has some Republican cosponsors, its future is less certain in the upper chamber after GOP leadership slammed House Democrats for voting on this bill and another decriminalizing marijuana, instead of focusing on coronavirus relief legislation.

Quigley, however, argued that "too often, law enforcement and first responders are the ones who end up in danger from these animals and, in a time when our first responders are already facing increased risk from the pandemic, we owe it to them to limit the additional dangers they face on the job."

The Senate companion bill did not make it out of the Senate Environment and Public Works Committee, which held its last markup of the session on Wednesday.

On the House floor Thursday, Utah Republican Rob Bishop also argued that the bill "is not about protecting the public from big cats," but about "hurting small family-run zoos across the country."

Republican Rep. Brian Fitzpatrick, a co-sponsor of the bill, denied that the measure unfairly targets small zoos, and Quigley said American taxpayers shoulder the cost of feeding and caring for big cats after they're rescued or abandoned.

The "Big Cat Public Safety Act" has been endorsed by animal welfare groups like the Humane Society of the United States, but also has the support of some law enforcement organizations, including the Fraternal Order of Police.

"Passage of the Big Cat Public Safety Act by the U.S. House will help end the public safety hazards associated with private ownership, prohibit public contact based on snatching infant cubs from their mothers for 'pay to play' and selfie-taking operations, and cripple the shady networks that put these endangered animals at risk of being killed for the wildlife products trade. Now it's up to the U.S. Senate to pass the bill and put the cruelty depicted in 'Tiger King' on the trash heap of history where it belongs," the Humane Society Legislative Fund's president, Sara Amundson, said in a statement.

Baskin, who has lobbied for the bill for years and owns Big Cat Rescue in Florida, celebrated the bill's passage, saying it will "protect the big cats from abuse, the public and first responders from injuries and death, and the tigers in the wild from extinction." She urged the Senate to act quickly on the bill. Big Cat Rescue told CNN on Thursday that an attack on a volunteer by a tiger at its facility only reinforced why the bill should be passed.