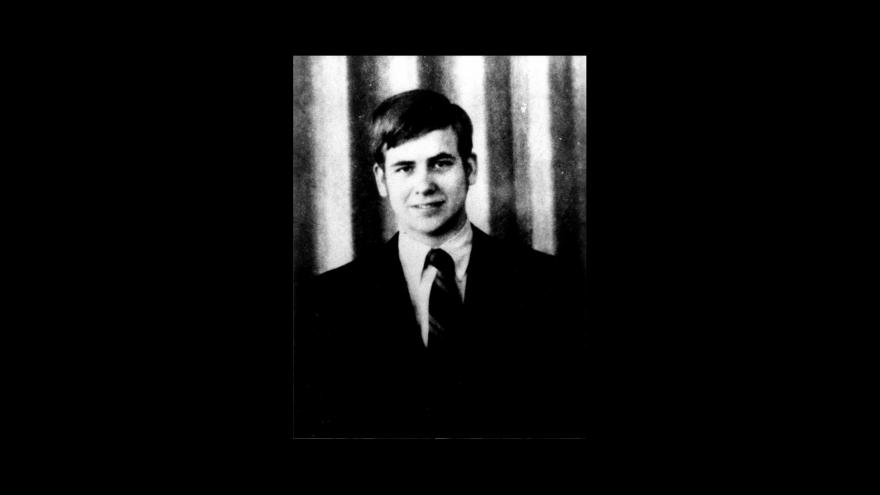 Authorities say Theodore John Conrad showed up for work as a bank teller in Cleveland and reportedly stole $215,000, stuffed it into a paper bag and vanished in July 1969, and he stole the equivalent of $1.7 million today in one of the biggest bank robberies in the city.

(CNN) -- Theodore John Conrad showed up for work as a bank teller in Cleveland. At the end of his shift, the then 20-year-old stole $215,000, stuffed it into a paper bag -- and vanished, authorities said.

That was in July 1969, and he stole the equivalent of $1.7 million today in one of the biggest bank robberies in the city, the US Marshals Service said.

Now more than five decades later, the federal law enforcement agency announced Friday that it's identified the man considered one of the nation's most wanted fugitives.

Conrad had been living in Boston since 1970 under the name Thomas Randele, authorities said. In yet another dramatic twist, his home was close to where the movie "The Thomas Crown Affair" was filmed. In the original movie, the main character steals more than $2 million from a Boston bank.

"A year before the Cleveland bank robbery, Conrad became obsessed with the 1968 Steve McQueen film," the US Marshals Service said in a statement. "The movie was based on the bank robbery for sport by a millionaire businessman, and Conrad ... bragged to his friends about how easy it would be to take money from the bank."

Conrad's alleged heist took place on a Friday. The bank did not know the money was missing from the vault until Monday, when he failed to show up for work. Then the case went cold.

For decades, investigators have chased tips on Conrad's whereabouts in various states, including California, Hawaii, Texas and Oregon. His case was spotlighted on "America's Most Wanted" and "Unsolved Mysteries."

After years of investigation, federal authorities traveled to Massachusetts last week and confirmed he'd been living a quiet life under a fictitious name in Boston. As part of their investigation, they compared his 1960s documents to paperwork he'd completed under the name Randele, including a 2014 bankruptcy filing at a Boston federal court.

He died of lung cancer in May of this year in Lynnfield, Massachusetts, the US Marshals Service said. He was 71.

A father and son helped solve the mystery

One of the case's key investigators was Peter J. Elliott, a US marshal from northern Ohio, whose family lived near Conrad in the late 1960s.

"This is a case I know all too well. My father, John K. Elliott, was a dedicated career deputy United States marshal in Cleveland from 1969 until his retirement in 1990," he said. "My father never stopped searching for Conrad and always wanted closure up until his death in 2020."

Some of the documents uncovered by the elder Elliott played a role in confirming Conrad's identification, the son said.

"I hope my father is resting a little easier today knowing his investigation ... brought closure to this decades-long mystery," the younger Elliott said. "Everything in real life doesn't always end like in the movies."