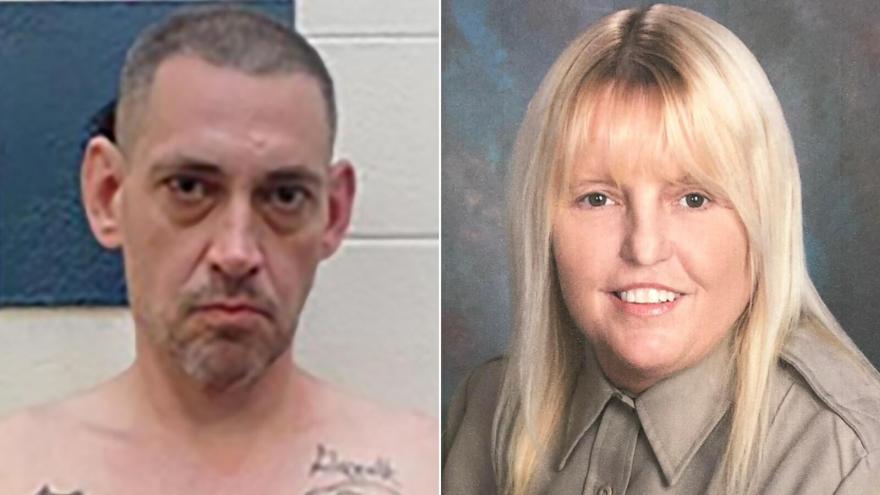 Investigators reveal Casey White (left) and Vicky White paid someone $100 to book their hotel room while on the run from authorities.

(CNN) -- Casey White and Vicky White paid a man to help them book an Indiana hotel room during their time on the run after the inmate and corrections officer slipped away from an Alabama jail, setting off an 11-day manhunt.

The fugitives paid him $100 to use his ID card to book a room at the Motel 41 in Evansville, Indiana, Vanderburgh County Sheriff David Wedding said.

It was at that hotel that officers spotted the duo exit a room and drive away in a Cadillac, setting off a pursuit that ended with Casey White being pulled from the wrecked car and arrested and Vicky White dead from a self-inflicted gunshot wound to the head.

The man did not commit a crime by taking the money and booking the room, Wedding told CNN. "To our knowledge, we don't think he knew they were criminals," he said.

Casey White told investigators about the transaction during an interview following his arrest, Wedding said.

The man was arrested on unrelated drug charges May 12 and is being held on a $500 bond. He corroborated White's story while behind bars, Wedding said. Police have said he is a sex offender and is currently homeless.

Casey White, 38, is now being held at the William E. Donaldson Correctional Facility, a state prison in Bessemer, Alabama.

He is charged with escape in the first degree in relation to the April 29 jailbreak that authorities say was aided by Vicky White. The 56-year-old was the assistant director of corrections at the Lauderdale County Detention Center where Casey White was being held to attend hearings related to capital murder charges he faced in the 2015 stabbing death of Alabama resident Connie Ridgeway.

He allegedly confessed to killing Ridgeway in 2020, but later pleaded not guilty by reason of insanity.

Casey White had been transferred to the Lauderdale County facility from a state prison where he was already serving a 75-year sentence for a 2015 crime spree that included a home invasion, carjacking and a police chase, according to the US Marshals Service.

Investigators have said they believe Casey White and Vicky White, who aren't related, met at the jail and developed a clandestine romantic relationship.

During the manhunt, officers were tipped off the pair were in Evansville and spotted the Cadillac they were believed to have been using in the motel parking lot on May 9.

The manager of the Indiana motel told CNN he never saw the fugitives and didn't know they were staying there.

Investigators believe they had been in Evansville since at least May 2, when a city police officer proactively checked the license plate of a 2006 Ford F-150 truck, Evansville Police Chief Billy Bolin said last week.

Authorities now believe the pair had bought the truck in Tennessee -- but the May 2 check did not indicate any connection between the truck and the fugitives, Bolin said.

US marshals looking for the pair said they learned May 8 that the truck was abandoned at an Evansville car wash -- an abandonment that Bolin said was initially reported to city police May 4.

Hours before the pursuit, US marshals announced surveillance images from the car wash showed Casey White there with the truck on May 3. Investigators learned that the pair left the car wash in a Cadillac, Wedding said, adding he didn't know how they obtained that vehicle.

The same day, an Evansville police officer noticed the Cadillac in the motel's parking lot and "notified us immediately," Wedding said.

Law enforcement officers saw Vicky White exit a room wearing a wig, US Marshal Marty Keely said. Then, she and Casey White got into the Cadillac and drove away.

Authorities gave chase. The pair "fled out of the hotel parking lot, northbound on US Highway 41 (and) turned in at an industry known as Anchor here in Evansville," Wedding said last week.

"They went through the parking lot (and) went through a grass field. The members of the US task force basically rammed the vehicle and pushed it into a ditch," Wedding said at a news conference.

The car wrecked and rolled over, Keely said. Casey White was driving the car, according to the US Marshals.

Casey White reportedly told authorities to help "his wife" who had shot herself in the head and told them he didn't do it, according to Keely. Casey White and Vicky White were not married to investigators' knowledge, Keely said.

An Indiana coroner on Thursday confirmed she died of suicide.