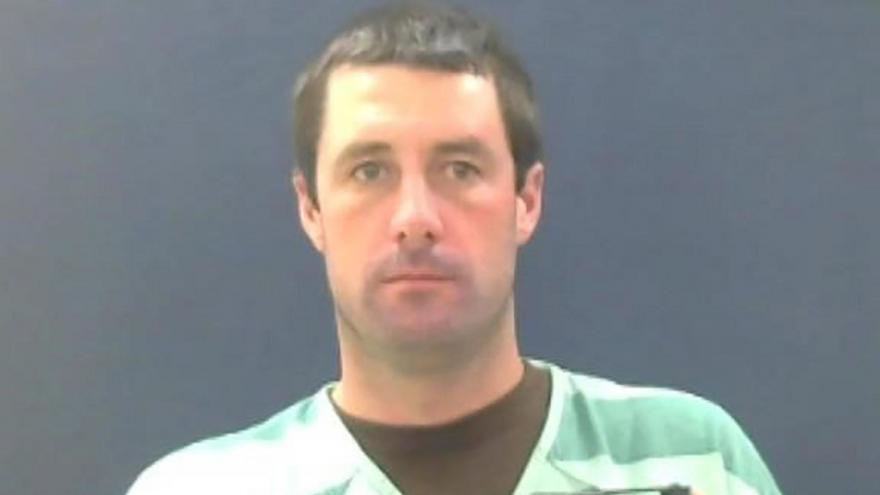 Police are looking at an Idaho woman suspected of disposing of the phone of Kelsey Berreth, the 29-year-old Colorado mom allegedly killed by her fiancé Patrick Frazee.

(CNN) -- Police are looking at an Idaho woman suspected of disposing of the phone of Kelsey Berreth, the 29-year-old Colorado mom allegedly killed by her fiancé, a source with knowledge of the investigation told CNN Thursday.

Berreth's fiancé, Patrick Frazee, was charged Monday in Colorado in connection with her death. Berreth, who disappeared last month, was the mother of his 1-year-old daughter.

The connection between the unidentified woman in Idaho, Frazee and Berreth is unclear.

Police in Twin Falls, Idaho, have been trying to return to Colorado evidence of a sensitive nature that was discovered in December, after the FBI asked them to assist in the murder investigation, they said Thursday.

Police would not discuss the evidence further and said they're working with Colorado investigators to determine whether the items should be sent by mail or courier.

Frazee was charged in Teller County with two counts of first-degree murder and three counts of solicitation to commit murder in the first degree, according to District Attorney Dan May. The charges reflect prosecutors' dual theories of the crime.

Frazee was arrested almost a month after Berreth vanished on Thanksgiving near Woodland Park, a city between Denver and Colorado Springs.

Berreth's employer got a text from her phone on November 25, saying she wouldn't be able to work that week, police said. Frazee said she also texted him that day, but the contents of that text haven't been released.

That same day, Berreth's phone was tracked to a location near Gooding, Idaho, according to Woodland Park Police Chief Miles De Young. Gooding is roughly 800 miles northwest of Woodland Park.

Authorities do not believe Berreth is alive, but they have not found her body. They have not determined a motive.

Frazee told police he last saw Berreth on November 22, when he picked up their daughter, making him the last known person to report seeing her alive.

Frazee is being held without bond. A hearing is scheduled for January 29. If convicted, he could face the death penalty.

Berreth and Frazee met online two years ago when Berreth lived in Warden, Washington, said her cousin, Jodee Garreston. Within months, Berreth moved to Colorado to be with Frazee, said Garreston, who has never met Frazee.

Frazee has a business shoeing horses in Teller County. Several of Frazee's friends and clients told CNN that he was well known and liked in the community and was a good father to daughter Kaylee.

Two friends said Frazee told them that his relationship with Berreth ended months ago -- claims that contradict statements from Berreth's aunt, who wrote on Facebook that Berreth broke up with Frazee the same day she went missing.

"I still refuse to believe that he's done this until I see the evidence," said Tamra Freeman, whose granddaughter played with Frazee's daughter.

Freeman said Frazee told her the relationship with Berreth ended on New Year's Day 2018 and the only contact they had was related to their daughter. Berreth's mother has not responded to CNN's requests for comment.

Frazee was at Freeman's home two days before his arrest, she said. She recalls him being concerned about what would happen to Kaylee if he were arrested, she said.

Freeman said Frazee told her he felt "railroaded" by police, who he claimed seemed to be focused only on him.

Kaylee Berreth, the daughter of Patrick Frazee and Kelsey Berreth, will remain in the care of her maternal grandparents temporarily, according to a court document posted Thursday on the Teller County court website.

The court ordered that Kelsey Berreth's parents, who appeared by phone, not to comment publicly about the case because of concerns of it not being in the best interest of the child, the document says.