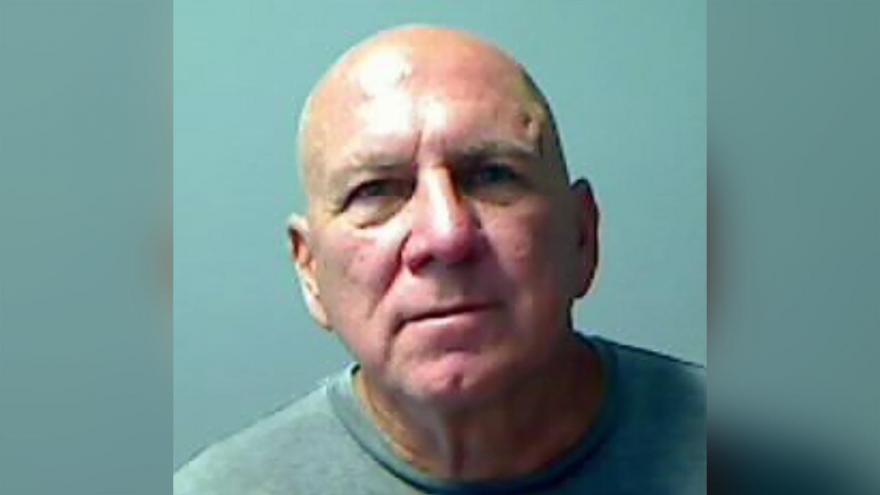 Robert Eugene Koehler, 60, is charged in a 1983 cold case after a DNA-related break, police say.

(CNN) -- A Florida man has been arrested in a cold case 1983 rape -- and law enforcement sources have told the Miami Herald that authorities believe he's responsible for much more: a notorious string of 1980s South Florida assaults collectively known as the "Pillowcase Rapist" cases.

If he is confirmed to be the assailant in those cases, it will have been a huge break in a crime spree that terrorized the region decades ago.

Robert Eugene Koehler, 60, was arrested last weekend at his central Florida home in Palm Bay, after new DNA analysis allegedly tied him to a December 1983 rape in Miami, Eleventh Judicial Circuit Court documents show. He has been charged in that case only: Two felony counts of armed sexual battery.

The Miami Herald, citing law enforcement sources that it did not name, then reported that authorities believe he may be the "Pillowcase Rapist" -- a moniker that contemporary news accounts gave to an assailant believed to have attacked more than 40 women in metropolitan Miami from 1981 to 1986.

The assailant, police said then, generally attacked women in apartments or townhomes, and would use something -- a pillowcase, a shirt, or a towel -- to conceal his face, according to the Herald.

Reacting to the Herald report about the arrest and its alleged tie to the other cases, Miami-Dade Police spokesman Alvaro Zabaleta told CNN: "Investigators cannot confirm Robert Koehler is the Pillowcase Rapist. However, they are not discarding the possibility."

In the 1983 case, Koehler made an initial appearance Tuesday in a court in Brevard County and was moved to Miami-Dade County, where he is awaiting a bond hearing.

"I am not guilty," Koehler said during that brief appearance.

It is unclear whether Koehler has an attorney. No attorney was with him at Tuesday's hearing.

Koehler was arrested Saturday at his home in Palm Bay, a city of about 110,000 people roughly a 70-mile drive southeast of Orlando, after a judge in Miami issued a warrant in the 1983 case.

Koehler already is in Florida's sex offender registry due to an October 1991 conviction of sexual battery in Palm Beach.

In the latest arrest, Koehler is accused of entering a woman's Miami home on December 28, 1983, and stabbing her in the abdomen after she screamed, according to the court affidavit accompanying the warrant. After threatening to kill her if she didn't stop screaming, he raped her multiple times, covering her face with a blanket and a pillow, the affidavit says.

The woman went to a hospital, and DNA evidence was collected and eventually entered into an FBI database, according to the affidavit.

CNN Investigates: How the trashing of rape kits failed victims

The affidavit said a break in the case came recently, when police arrested Koehler's son in an unrelated case. The prosecutor later declined to press charges against the son, according to court records.

As a result of that arrest, police obtained the son's DNA, helping investigators determine that Robert Koehler may have been the rapist in the 1983 case, the affidavit says.

The redacted version of the affidavit does not fully elaborate on how that link was made.

But police have been known to use a technique called genetic genealogy to link crime scene DNA -- say, the evidence in the 1983 case -- to relatives of whoever left that DNA. Once a relative is identified, investigators determine who on that relative's family tree could have been around to commit the crime. When they identify a possible suspect, police may try to obtain DNA from that person -- such as from saliva left on a trashed napkin.

In this case, investigators determined from the son's DNA that they needed to find Koehler's DNA and check it against the 1983 evidence. He had been living in Miami-Dade County in the 1980s, the affidavit says.

On January 16, police watching Koehler's home followed him to a public area "where DNA swabs were obtained from objects he had touched," according to the affidavit. The samples were analyzed, leading to probable cause for his arrest, the affidavit says.

Police will need to collect DNA directly from Koehler's body to confirm that his DNA matches the evidence from the 1983 case, the court affidavit says.