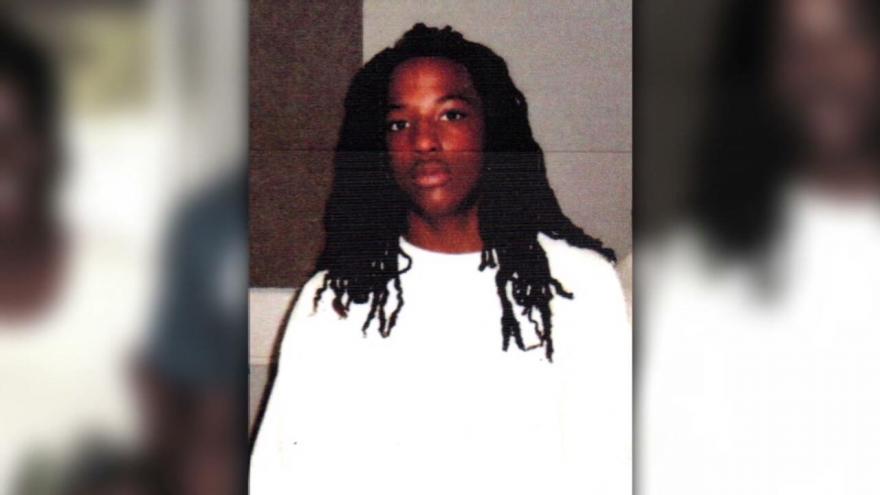 Kendrick Johnson was found dead inside a gym mat January 2013.

(CNN) -- An investigation into the death of Kendrick Johnson, the Georgia teenager found dead in a rolled-up gym mat eight years ago, has been reopened, according to Lowndes County Sheriff Ashley Paulk.

The body of Johnson, 17, was found upside-down in the mat in Lowndes County High School in January 2013. Local investigators ruled his death was an accident.

Johnson's parents have said they think their son was killed.

The initial investigation concluded that Johnson accidentally slipped into the center of the mat while reaching for a shoe and got stuck. An autopsy conducted by the Georgia Bureau of Investigation determined that the cause of Johnson's death was accidental positional asphyxia.

But an autopsy conducted by a pathologist hired by Johnson's family determined that the cause of death was "unexplained, apparent non-accidental, blunt-force trauma" to the neck.

Paulk, who at the time of Johnson's death was a retired former sheriff, said Tuesday he was "not sure when this situation happened" that it was an accident.

"If there's questions -- and they're legitimate -- I need to know the answers myself. The only way I'm going to know is to look at the evidence myself," Paulk said.

After a two-and-a-half year federal probe, "investigators determined that there is insufficient evidence to prove beyond a reasonable doubt that someone or some group of people willfully violated Kendrick Johnson's civil rights or committed any other prosecutable federal crime," the Department of Justice said in a statement in 2016.

Paulk came out of retirement in 2017 and in April 2019, he requested that information collected during the federal investigation be released to his department.

"It is vitally important that we have access to any information on the case of K.J. Johnson that any federal agency has not previously released," Paulk wrote in a letter to the US Attorney for the Middle District of Georgia.

Paulk credited a November 2020 visit by the Johnsons with federal investigators for the eventual grant of the request.

Paulk said his office received 17 boxes of written and electronic evidence from the federal investigation.

"The investigation included, among other things, interviewing nearly 100 people; reviewing tens of thousands of emails and text messages; reviewing surveillance videos from Lowndes High School; and analyzing other available information regarding the events of January 10-11, 2013," Justice Department officials said in their 2016 statement.

Paulk said some of the original investigators will be used along with some new investigators for the reopened case. The first interview was conducted Monday, according to Paulk.

The investigation could take up to six months.

"My plan is to see if there are any discrepancies between the reports," said Paulk, who is leading the investigation.

He added he has no predisposition regarding the case.

"I'm hoping that he does the right thing," Kenneth Johnson said of Paulk. "I just hope that the truth comes out."

Lowndes High School is in Valdosta, about 15 miles from the border with Florida. The county has an estimated population of 117,000, according to the US Census Bureau.