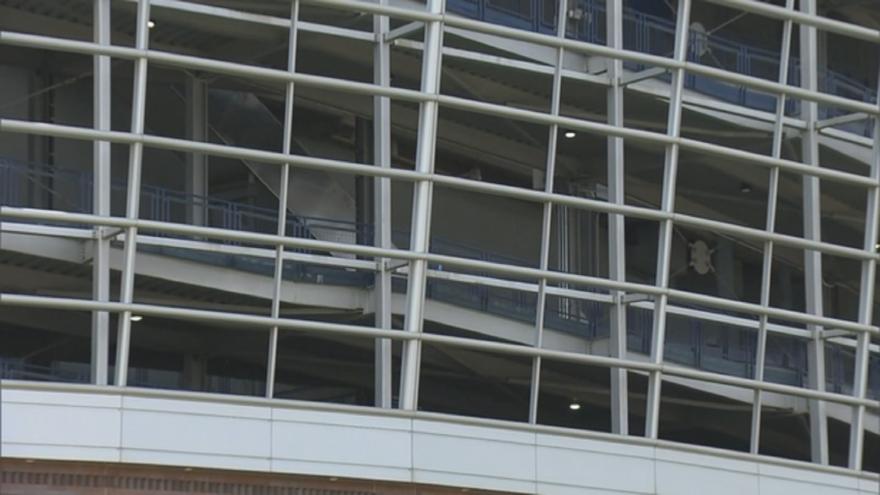 DENVER, Colorado (KCNC) -- The investigation is continuing after a women fell to her death off an escalator at Empower Field at Mile High Saturday night after a Kenny Chesney concert. It's the third death investigation at the stadium since 2015.

"That number of deaths seems very high for a facility of that sort," said Dr. Ben Barkow, an escalator incident expert who has studied many injuries from escalators.

In 2015, Francisco Morales fell to his death chasing after a hat that had blown off in the wind. He fell from one level of the stadium to the one below. Police said they believed intoxication was a factor in that incident.

In October of 2016, Jason Coy, a father of five, fell after a Denver Broncos game down several stories of a stairwell on the north side of the stadium. A lawsuit claimed the stairwell was not up to code and was settled out of court.

Saturday night just before 11 p.m., police say the woman was sitting on the handrail when she fell backwards to her death. Her identity hasn't been released.

"It doesn't happen much," Dr. Barkow said. "There are ways of fixing it. I don't think it's good to have flying escalators in a place like that."

Barkow says tall, long escalators have become a favored design from architects with little protections around them. When used properly they can remain safe.

"Do you want to give people an exciting view? Or, do you want to go a step or two farther and protect them from circumstances where they've been drinking. It's normal to be drinking at such a place," he said.

Dr. Barkow says he's been involved in several projects, like one at a hotel in Toronto, that used planters as a deterrent when escalators were reaching several stories high with exposure to the side. A similar change could come to Denver as there are large, multi-story escalators at both Empower Field at Mile High and Coors Field.

The Stadium Management Company at Mile High said in a statement, "We extend our deepest sympathies to the loved ones of the woman involved in the tragic incident that occurred at the end of Saturday's concert at Empower Field at Mile High."

There is nothing more important than the safety of our guests, and Stadium Management Company is in communication with the Denver Police Department as it investigates this unfortunate situation."