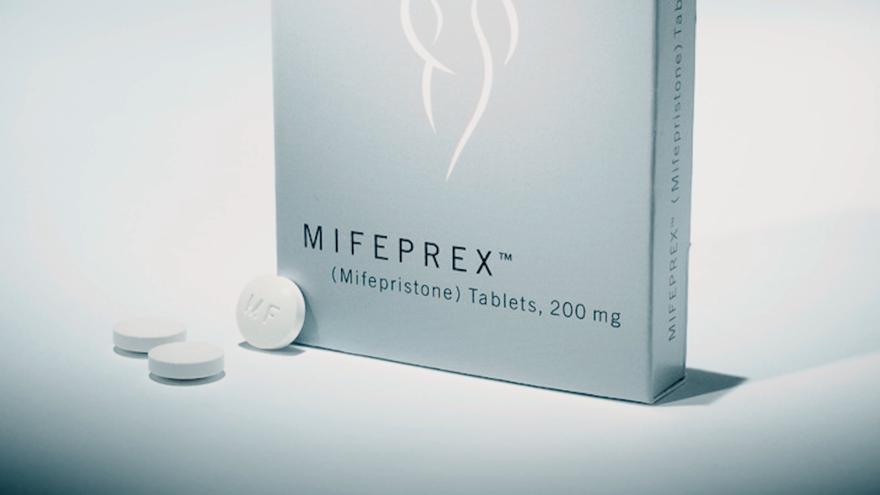 (CNN) -- Internet search traffic on abortion medication surged 162% higher than expected and reached a record high in the days after a draft of the US Supreme Court's abortion decision was leaked in May, according to new research.

The study, published in JAMA Internal Medicine on Wednesday, found that there was higher than expected search traffic for each of the 72 hours after the leak.

Medication abortion, also known as abortion with pills or medical abortion, is a method to end a pregnancy by taking two pills, rather than having a surgical procedure. A February study from the Guttmacher Institute, a reproductive rights think tank, found that an estimated 54% of US abortions used this method in 2020.

For the study, researchers from Bryn Mawr and University of California, San Diego studied Google search trends, including the words "abortion pill" and the names of the actual abortion medications -- mifepristone/mifeprex, misoprostol/Cytotec. They looked at data from January 1, 2004, when Google started collecting the information, through May 8, 2022.

The period following the leak "corresponded with the greatest number of Google searches for abortion medication in the US," with about 350,000 internet searches for the week of May 1 to May 8.

States with highly restrictive abortion laws saw a bigger spike in searches. Nebraska had the highest cumulative search traffic in the 72 hours after the decision leak, followed by Iowa and Missouri.

The study cannot confirm whether someone tried to secure the pills or if they were just trying to educate themselves about the pills. The researchers noted the pills require a prescription and their use is restricted in some states, but "internet searches may reflect people exploring the safety and effectiveness of these medicines, how to obtain them, or stockpiling in anticipation of curtailed access."

"Elevated interest in abortion medications should alert physicians that many of their patients may pursue this option with or without them," the study said. "It is imperative that information on where women can legally and safely obtain abortion medications be accessible online; including telemedicine consultations with health care professionals."

Since the Supreme Court decision overturning Roe v. Wade, some organizations that provide the medications say they've already seen increased demand for them. This week, US Department of Health and Human Services Secretary Xavier Becerra pledged to protect access to reproductive health care, including possible steps to increase access to medication abortion.

Becerra's announcement on Tuesday included few concrete steps to change the abortion access landscape now that abortion rights are no longer guaranteed at the federal level, but he insisted his department is aiming to do more.

"To every American who's impacted, my apologies that, as I said, we can't tell you there's a silver bullet. But what I am saying to you is that the more we dig, we will do everything we can with what we find to make sure we are protecting women's reproductive health care services," he said.