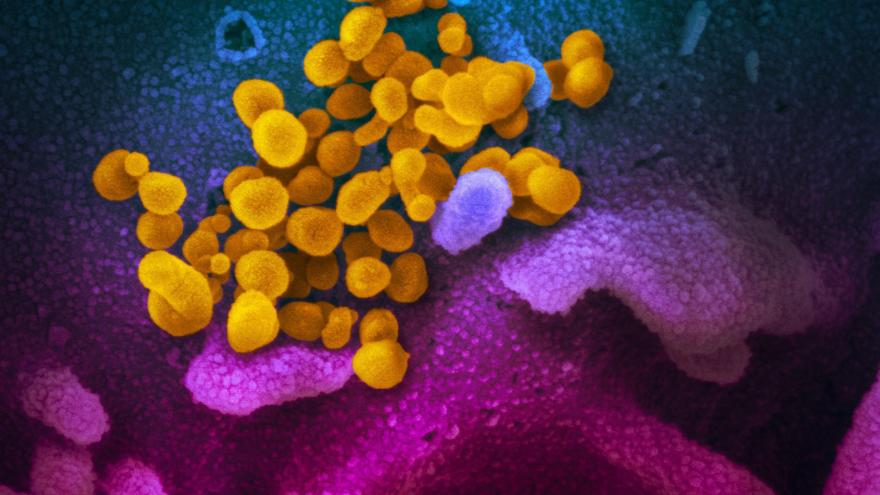 Intelligence shared among Five Eyes nations indicates it is "highly unlikely" that the coronavirus outbreak was spread as a result of an an accident in a laboratory but rather originated in a Chinese market, according to two Western officials who cited an intelligence assessment that appears to contradict claims by President Donald Trump and Secretary of State Mike Pompeo.

(CNN) -- Intelligence shared among Five Eyes nations indicates it is "highly unlikely" that the coronavirus outbreak was spread as a result of an accident in a laboratory but rather originated in a Chinese market, according to two Western officials who cited an intelligence assessment that appears to contradict claims by President Donald Trump and Secretary of State Mike Pompeo.

"We think it's highly unlikely it was an accident," a Western diplomatic official with knowledge of the intelligence said. "It is highly likely it was naturally occurring and that the human infection was from natural human and animal interaction." The countries in the Five Eyes intelligence-sharing coalition are coalescing around this assessment, the official said, and a second official, from a Five Eyes country, concurred with it. The US has yet to make a formal assessment public.

The Five Eyes alliance is made up of the United States, United Kingdom, Canada, Australia and New Zealand -- and the countries share a broad range of intelligence in one of the world's tightest multilateral arrangements.

The assessment from members of the exclusive intelligence-sharing group seems to undermine forceful claims by Trump and Pompeo in recent days, as they have doubled down on the assertion that the outbreak originated from a laboratory in Wuhan, China, rather than a market in the same region.

It will likely increase pressure on the Trump administration to provide evidence to back up its claim, which it has failed to do so far despite the increasingly aggressive rhetoric from the President and his top diplomat.

A third source, also from a Five Eyes nation, told CNN that the level of certainty being expressed by Pompeo and Trump is way out in front of where the current Five Eyes assessment is. This source acknowledged that there is still a possibility that the virus originated from a laboratory, but cautioned there is nothing to make that a legitimate theory yet.

The source added that "clearly the market is where it exploded from," but how the virus got to the market remains unclear.

But without greater cooperation and transparency from the Chinese it's impossible to say with total certainty, the first official added.

The third source said it is also possible the US is not sharing all of its intelligence. While the overwhelming majority is shared among the Five Eyes members, there are pockets of information that each country keeps to itself.

In an interview with National Geographic that published on Monday, Dr. Anthony Fauci, the nation's top infectious disease expert, said he doesn't believe the virus originated in a lab.

"If you look at the evolution of the virus in bats and what's out there now, (the scientific evidence) is very, very strongly leaning toward this could not have been artificially or deliberately manipulated, " Fauci told the magazine, adding that he doesn't believe that the virus somehow escaped a lab into society.

"... Everything about the stepwise evolution over time strongly indicates that (this virus) evolved in nature and then jumped species."

The assessment follows repeated claims by Trump and Pompeo that there is evidence the virus originated at the Wuhan Institute of Virology.

"I can tell you that there is a significant amount of evidence that this came from that laboratory in Wuhan," Pompeo told ABC News on Sunday.

The US intelligence community issued a statement on Thursday saying it is still working to "determine whether the outbreak began through contact with infected animals or if it was the result of an accident at a laboratory in Wuhan." The statement said that the Covid-19 virus was not manmade or genetically modified.

The Office of the Director of National Intelligence and the State Department did not respond to CNN's requests for comment.

A senior Office of Director of National Intelligence official said Monday night that the US has evidence for both theories.

"We regularly share intelligence with our partners on a variety of threats and Covid is no different," the senior official told CNN. "The IC stands by the statement that the ODNI released last Thursday and we underscore three points: the IC believes the virus started in China. We're down to two theories and have evidence on both. We agree that it does not appear to have been purposeful."

Earlier Monday, a nationalist tabloid controlled by the Chinese Communist Party dismissed claims by the Trump administration that the novel coronavirus originated from a laboratory, as the war of words over the pandemic escalates between Washington and Beijing.

Responding to Pompeo's comments that there was "enormous evidence" to support the theory, China's state-owned Global Times newspaper said in an editorial that the former CIA director had "stunned the world with groundless accusations."

"Since Pompeo said his claims are supported by 'enormous evidence,' then he should present this so-called evidence to the world, and especially to the American public who he continually tries to fool," the editorial said.

"The truth is that Pompeo does not have any evidence, and during Sunday's interview, he was bluffing."

CNN reached out to China's Foreign Ministry for comment on Pompeo's claims, but has not received a response. The country is in the middle of a five-day holiday that runs through Tuesday.

Scientists around the world have condemned conspiracy theories suggesting that the coronavirus does not have a natural origin, pointing to studies that suggest it originated in wildlife.

China has faced criticism at home and abroad over its handling of the virus, especially during the initial outbreak. It was accused of silencing whistleblowers and delaying informing the public about the severity of the crisis.

But critics allege the Trump administration has ramped up efforts to blame China for the global spread of the virus as it faces growing criticism at home for its own handling of the pandemic. To date, the US has recorded more than 1.1 million cases and at least 68,000 deaths related to Covid-19.

This story has been updated with developments from China earlier Monday, plus background and context.