Instead of arresting a woman accused of shoplifting, these NYPD officers paid for her meal 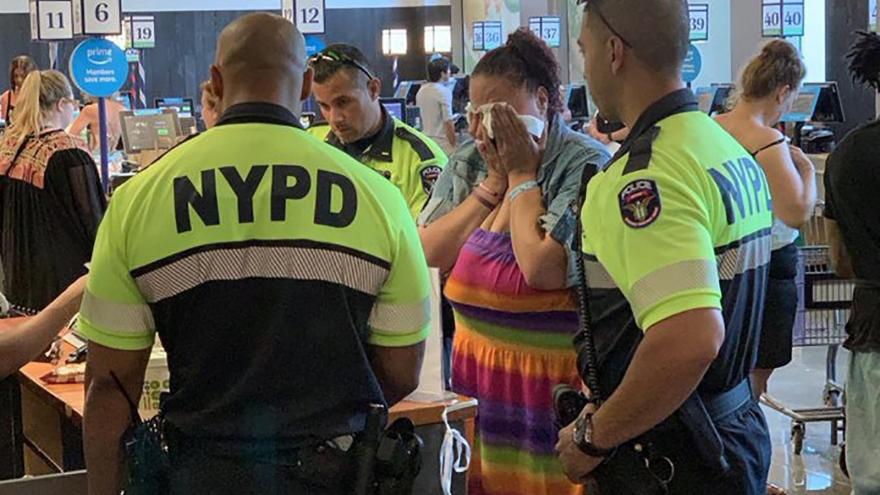 (CNN) -- When New York City Police officers saw a woman accused of shoplifting at a Manhattan Whole Foods store on Thursday, they didn't arrest her; instead, they paid for her meal.

A store security guard asked three officers on a break from patrol Thursday to confront a woman who was suspected of shoplifting.

Lt. Louis Sojo says he found prepared-food containers in the woman's bag, and she tearfully told him she was hungry.

"We'll pay for her food," Sojo said, to the surprise of the security guard and passersby.

The officers escorted the woman to a cashier and paid about $30 to cover her meal.

"She was extremely emotional. She did thank us. She was pretty much speechless at what happened," Sojo said Friday.

"When you look at someone's face and see that they need you and they're actually hungry, it's pretty difficult as a human being to walk away from something like this," he said.

One witness near the cash register snapped a photo of the exchange. "I can imagine if I were standing there with a security guard, I'd assume the worst," said local documentary filmmaker Paul Bozymowski, who shared the photo on Twitter. "The situation completely turned around in an instant. That's what moved me the most."

"We're extremely humbled by this, but we did not do this for the attention," Sojo said.

Neither the Whole Foods store nor its corporate office responded to a request for comment.