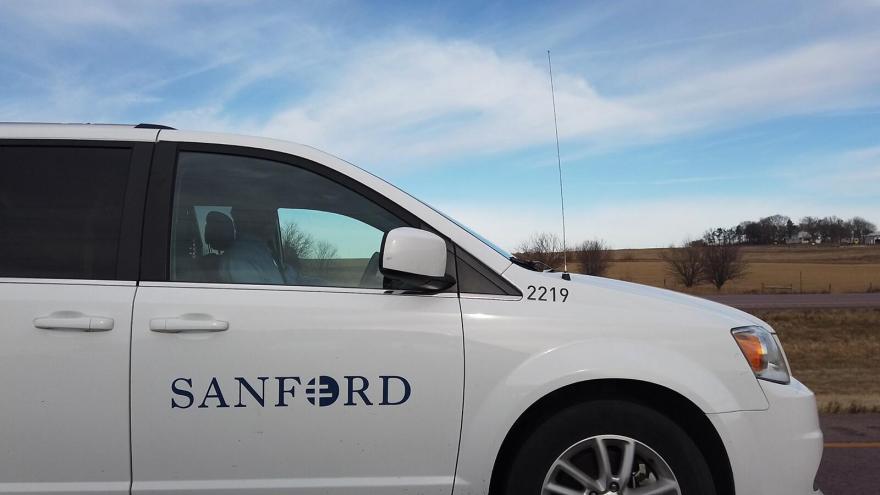 (CNN) -- As the world waits for pharmaceutical giants Pfizer and Moderna to deliver their Covid-19 vaccines to cities around the globe, the job of getting millions of doses to some of the most out of-the-way-places in the US presents its own set of unprecedented obstacles.

In Sioux Falls, South Dakota, one health care system has spent months preparing for the challenge.

Sanford Health System -- which has over 400 clinics and senior care locations, many in small towns and farming communities in the upper Midwest -- has prioritized making sure the vaccines that are delivered are kept safe until they are administered.

"When the vaccine comes it'll be on dry ice," Breidenbach told CNN. "We'll put it into the minus-80 degrees (Celsius) freezer and then when we get orders from our clinics to distribute that vaccine, we'll pack it in coolers on ice and then monitor that temperature...until it's given to the patient."

Minus-80 degrees Celsius is about 112 degrees below zero Fahrenheit.

Sanford, which has a coverage area of more than 200 thousand square miles over multiple states, purchased eight of the ultra-cold freezers months ago. Each freezer costs about $15,000.

One freezer type is capable of sustaining temperatures around minus 100 degrees Fahrenheit, which is what is needed to store the Pfizer vaccine. Sanford Health officials said they now have the capability to store 500,000 Pfizer doses.

The other type of freezer will store the Moderna vaccine, which can be safely stored at around minus 4 degrees Fahrenheit. Sanford expects to store up to 1 million Moderna doses, according to Sanford spokesperson Angela Dejene.

South Dakota to receive 8,000 doses of vaccine next week

Statewide, South Dakota is anticipating almost 8,000 doses of the vaccine next week, and Breidenbach said they'll start storing them in their service region as soon as the FDA approves its Emergency Use Authorization but before the CDC and states give their final approval.

"Pre-placement means we're actually going to receive vaccine before we even get the green light from the states or the (US Centers for Disease Control and Prevention) to actually start vaccinating our staff and patients," Breidenbach said.

Each state will get its own allotment of the vaccine -- so Sanford will not be allowed to transport it across state lines.

Instead, the health care system will rely on so-called "mini-hubs," where they have installed ultra-cold storage freezers in regions with higher rates of positive cases.

Once removed from the freezers, the Pfizer vaccine can survive up to five days in refrigeration. Add to that the likelihood that Sanford will expand its already large swath of its upper Midwest territory while delivering and administering the vaccines, and you've got an unprecedented logistical challenge.

"We'll have to be ... able to adjust, but the biggest part of our advantage is our courier network," Dean Weber, who heads the corporate supply chain for Sanford Health System, told CNN.

"Our courier network drives about 11,000 miles a day. It's something like 200,000 square miles. I've heard people say that it's about the size of Texas, but it's basically the entire western side of Minnesota, all of South and North Dakota, northern Nebraska and western Iowa so it's a large geographical footprint."

That fleet of largely minivan-driving couriers normally drives about 3.5 million every year, according to Dejene.

As shipments of the vaccine start to increase over the coming weeks and months, Sanford also plans to amend normal protocol for who can administer the vaccine in order to keep up with the massive demand for it.

"We do have nursing students helping us step forward to administer the vaccine," said Kelly Hefti, vice president of nursing and clinical services at Sanford Health. "And that partnership that we've had for a really long time with our universities, our school of nursing, the students that have stepped forward with their faculty to help us administer the vaccine was a really logical ask for us."

Morgan Hanson is among the group of nursing students who is helping the health system's vaccine administering.

"I'm not on the frontlines right now but I see that impact it has on those frontline workers," the Augustana University nursing student said of the vaccine.

"Anything that we can do to help ease their stress, and ease the sickness in the hospitals right now, I think it's very important from a nursing student's standpoint."

As for doctors, the vaccine provides another weapon in what has seemed like a never-ending fight.

"In many hospitals around the country, we have health care providers that got infected because they're caring for patients that got infected as well as because they're acquiring it in the community, and they have to be out of work," said Dr. Santiago Lopez, a pediatric infectious disease specialist at Sanford Children's Hospital. "We are losing that workforce that we are in much need of at this point."

Correction: An earlier version of this story mischaracterized the timeline of when Sanford Health will begin storing vaccines. They will do so after the FDA approves its Emergency Use Authorization but before the CDC and states give their final approval.