Inside Robinhood, the free trading app at the heart of the GameStop mania 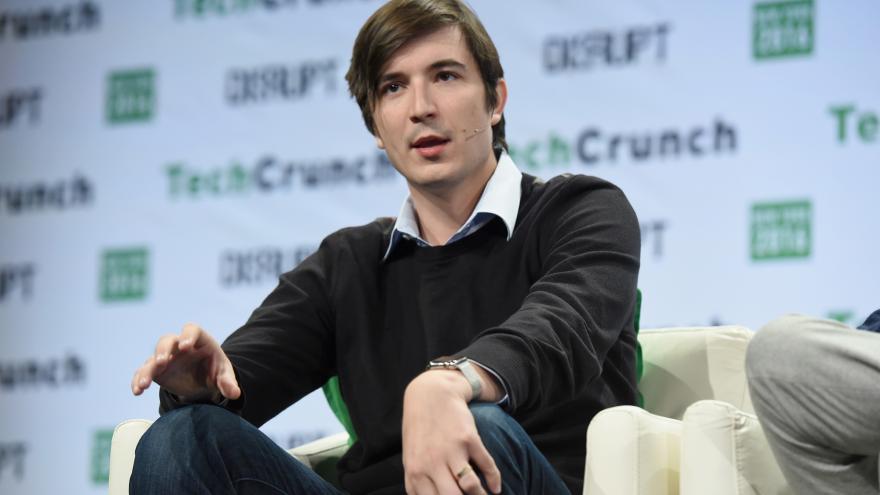 The rise of Robinhood means that the ability to buy stocks, on a whim, is now at everyone's fingertips. Robinhood has opened investing up to the masses.

Gone are the days when sophisticated trading strategies such as options trading and leverage are left to the rich guys on Wall Street. Free trading, coupled with Reddit's message boards, have leveled the playing field — for better or worse.

"There's a cultural shift happening," Vlad Tenev, Robinhood's co-CEO and co-founder, told CNN Business in an interview conducted before the Reddit mob teamed up to send GameStop, AMC and other stocks to the moon. (Robinhood declined follow-up questions about the Reddit phenomenon.)

"There's a large group of people that think investing is this serious thing for only if you're wearing a suit in front of your terminal," said Tenev, who was born in Soviet-era Bulgaria. "That's kind of been the legacy school of thought."

WallStreetBets has shattered that notion.

The Reddit community has captivated the financial world by teaming up to set off epic short squeezes that are hammering hedge funds and other firms. GameStop alone has skyrocketed an unfathomable 1,500% this year.

The Redditors have targeted companies that are popular among short-sellers, who bet that a stock will fall by borrowing the shares and selling them — with the hope of buying them back at a lower price and pocketing the difference. Short-selling is extremely risky because, in theory, the losses are infinite.

None of this would be possible without free trading and the availability of cheap borrowed money, which amplifies the bets.

"The access is the biggest part — easy, free, readily available," Jaime Rogozinski, who founded WallStreetBets nine years ago, told CNN Business' Julia Chatterley on Thursday. "They're able to instantly get in there and participate and start using these sophisticated leverage tools that are able to exploit the asymmetry of money. They're forcing the hands of the big guys."

Tenev said that the old-school thinking that you need a suit to invest is "correlated with thinking that investing is mainly for wealthy people."

Indeed, the Wall Street Bets movement shows the impact that retail investors can have when they team up. Although some Reddit users are placing their bets based on fundamental analysis, many are motivated by a populist desire to punish hedge funds and other elite investors.

Robinhood has been the subject of criticism during the GameStop saga — from all sides.

Some see the episode as proof of how free trading, and rock-bottom interest rates, can backfire. In essence, the normal functioning of capital markets has been disrupted by an online mob.

At the same time, Robinhood has angered the WallStreetBets community and others by restricting trades on highly volatile stocks this week.

First, Robinhood, like other brokers, ramped up margin requirements on both GameStop and AMC to 100%, signaling a deep concern about the extreme volatility in the stocks.

Margin accounts allow investors to buy stocks and other securities with borrowed money. To guard against sharp selloffs, investors must maintain a minimum amount of equity as long as they hold onto the stock.

WallStreetBets trained their ire on Robinhood, arguing it's unfair that retail investors can't buy these stocks but Wall Street can.

"So much for being on the side of the little guys like Robinhood," one user wrote. "Just another shill brokerage paid off by the big players. I'll be switching to another brokerage once this is over and I hope everyone here does too."

Barstool Sports founder Dave Portnoy slammed the decision in a series of tweets.

"Either @RobinhoodApp allows free trading or it's the end of Robinhood. Period," Portnoy said.

Both Republican Ted Cruz and Democratic Rep. Alexandria Ocasio-Cortez promptly called for an investigation into the Robinhood decision — an unlikely meeting of minds.

Hours after implementing the restrictions Thursday, Robinhood appeared to backtrack, saying it would resume limited buys on those securities starting Friday.

"This was a risk-management decision, and was not made on the direction of the market makers we route to," Robinhood said in a blog post. "We're beginning to open up trading for some of these securities in a responsible manner."

The Reddit drama is just the latest in a string of controversies surrounding Robinhood.

With its user growth skyrocketing, the app emerged as a pandemic winner. People stuck at home, some of them with stimulus checks to spend, discovered how easy it was to bet on stocks.

Robinhood was awarded an $8.6 billion in a round of funding in July — only to raise another $200 million at an even fatter $11.2 billion valuation in August.

But Robinhood didn't invest enough in the infrastructure needed to handle all the users flocking to the app. It suffered dozens of outages and disruptions in 2020, including one that prevented Robinhood users from participating in an epic rally in early March.

In the interview, Tenev said Robinhood has made "huge improvements" in system resiliency and redundancy to minimize the risk of similar outages. Yet Robinhood did suffer disruptions earlier this week during surging trading volume, according to Downdetector.

Robinhood has also drawn scrutiny from lawmakers and regulators.

In June, the family of a 20-year-old college student said he died by suicide after confusion over an apparent negative balance of $730,000 on his Robinhood account. The student was using the app to trade options and his family believed he was misled by Robinhood's interface.

Robinhood's co-founders said they were "personally devastated by this tragedy" and in response announced a series of changes to its options offering and user interface.

Last month, regulators accused Robinhood of luring inexperienced investors with gaming elements such as colorful confetti and other aggressive marketing techniques. Robinhood disagreed with the allegations.

The Securities and Exchange Commission accused Robinhood of deception over the app's disclosures around payment for order flow, the practice where brokerages get paid to route trades through market makers such as high-frequency trading firms. Without admitting guilt, Robinhood agreed to settle the SEC case with a $65 million fine.

To deal with its regulators, Robinhood has beefed up its management team, including by hiring former compliance executives from Fidelity and Wells Fargo and by naming former SEC Commissioner Dan Gallagher its chief legal officer.

"It was tough," Tenev said of 2020, "but extremely rewarding to work through these challenges and make it through the other side. We're much stronger as a company than we were at the beginning of 2020."

That's good, because the past few weeks suggest 2021 won't be a walk in the park either.