Inmate killed by police held corrections officer hostage and took his radio and keys to free other inmates, administrator says 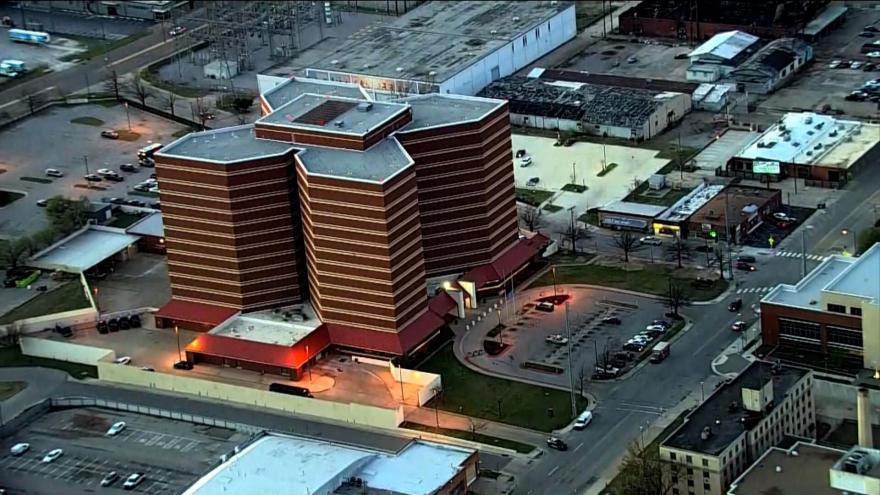 One inmate is dead and a correctional officer is hospitalized after being taken hostage at the Oklahoma County Detention Center in Oklahoma City.

(CNN) -- An inmate in the Oklahoma County Detention Center held a correctional officer hostage, took his radio and keys and released other inmates before being shot and killed by police on Saturday, the facility's administrator said in a news conference.

Oklahoma County Detention Center Administrator Greg Williams said the hostage situation took place during a med pass, which is when medicine is given to the inmates.

There were 37 inmates housed on the floor, but it's not clear how many were released and how many were involved in the incident, Williams said.

The hostage situation occurred in a segregation pod, where the "inmates that are most difficult to handle are housed," Williams explained.

The team tried to de-escalate the situation, but the inmate had the detention officer in a "hostage position" with "something held to his neck," Johnson said, so responders used lethal force.

Gas was deployed during the situation, Johnson said.

Gourley said they will interview officers in the coming days and are conducting interviews of those involved in the situation.

"We're glad that the detention officer wasn't more seriously hurt and we were able to get him out of there and protect him," Gourley said.

Williams said the correctional officer was able to walk out of the jail and is now in the hospital.