Injection could someday keep peanut allergies at bay for up to six weeks, study says 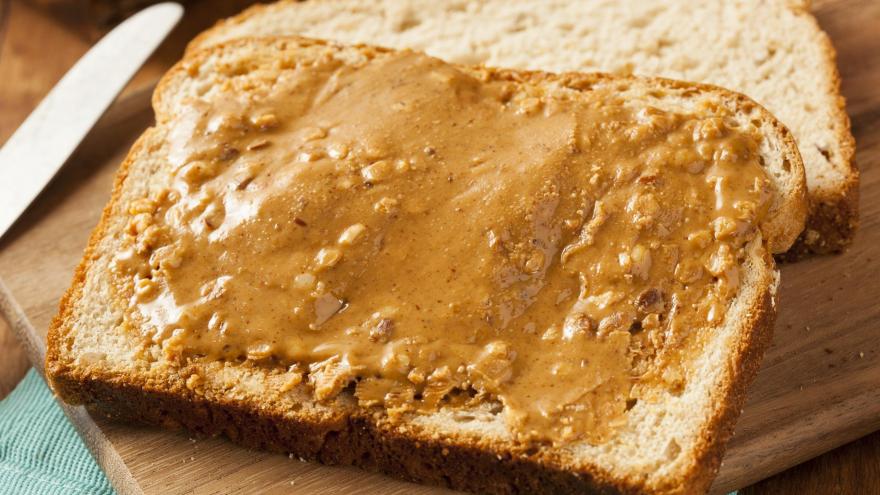 (CNN) -- More than 3 million people in the United States are allergic to peanuts and tree nuts. But experimental new research suggests adults might someday be able to take an antibody to keep symptoms at bay for up to six weeks -- at least in small doses.

Just one injection of an anti-allergy antibody allowed people with a peanut allergy to safely consume one nut's worth of peanut protein, according to a study published Thursday in JCI Insight.

Food allergies are tricky -- almost 11% of adults in the US have at least one (though almost half of all adult allergy sufferers have more than that). They can develop at any point in a person's life without any clear cause, and so far, there's no way to prevent a reaction beyond avoiding the food entirely.

Participants ate the equivalent of one peanut

A team of Stanford University allergy researchers recruited 20 people with non-life-threatening peanut allergies to test the antibody etokimab, thought to block a molecule called interleukin-33, which can trigger an immune response that can lead to an allergic reaction.

Fifteen participants received the antibody, and five others received a placebo injection.

Two weeks later, 11 out of 15 recipients who received the antibody could eat a small amount of peanut protein, about 275 milligrams, the equivalent of one nut.

Only 7 out of 15 participants returned for the check-in six weeks later, but even then, more than half of them could safely consume the same amount of peanut protein.

No members of the placebo group could stomach the protein without an allergic reaction.

To draw any conclusions about what makes the antibody work in certain people, researchers said they'll need to replicate the results with more participants and determine the ideal timing and dosage of the treatment.

The search for prevention

This treatment won't allow adults with peanut allergies to safely chow down on a PB&J, but it's a promising start toward preventative treatment for people with allergies.

The only preventative measure for a peanut allergy reactions is to ditch the nut altogether. It's possible to treat accidental exposure with antihistamines or, in more severe cases, with an EpiPen shot, which contains epinephrine to reverse allergic symptoms.

An allergic reaction to food might manifest in cramping, diarrhea, tightness of breath, hives and swelling. But people with severe or life-threatening allergies could face anaphylactic shock, which causes impaired breathing, a sudden drop in blood pressure, fainting and dizziness.

Treatment for children could be coming

A peanut allergy treatment for children could be available soon.

In September, the Food and Drug Administration's Allergenic Products Advisory Committee approved Palforzia, an oral immunotherapy designed to reduce the amount of allergic reactions and their severity. The FDA typically follows the recommendations of its advisory panels. A final decision is expected in 2020.

The drug exposes children to controlled doses of peanut protein until their bodies reach a maintenance level that lowers their sensitivity. The powder can be mixed into foods like applesauce and yogurt once a day.