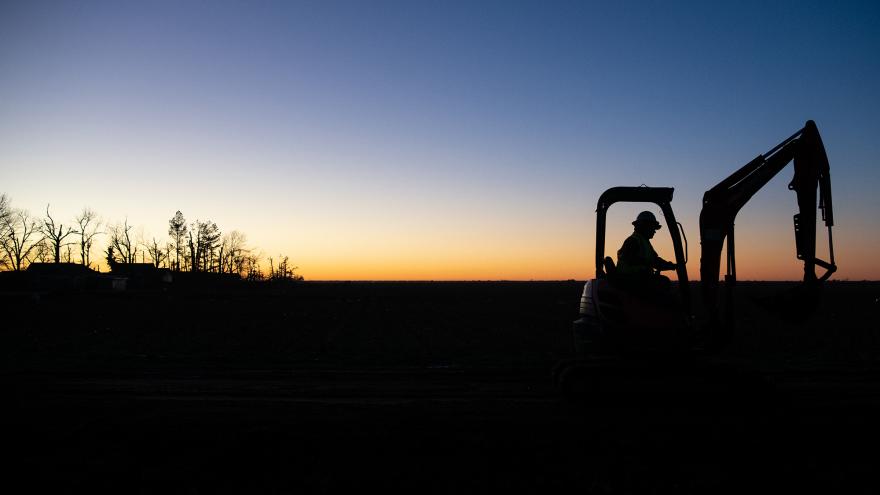 (CNN) -- Skyrocketing inflation is robbing Americans of their raises.

Total compensation costs for civilian workers declined 3.7% over the past 12 months ending in March, after accounting for inflation, according to the Employment Cost Index report published Friday.

It's the largest decline since the Bureau of Labor Statistics began inflation-adjusted records in 2001. What's more, it comes at a time when compensation costs -- which includes the wages employers pay plus health, retirement and other benefits -- are rising swiftly, before accounting for inflation, as employers try to fill positions and hold on to their staff.

The data, which tracks changes in employers' labor costs, quantifies the pain that people are feeling as prices rise faster than they have in the past 40 years. The increasing cost of food, gasoline and housing are eating away at workers' paychecks.

The inflation-adjusted cost of wages and salaries fell 3.6%, while benefit costs dropped 4.2%, both the largest decreases since the series started 21 years ago.

"For workers, this is bad news," Jason Furman, an economics professor at Harvard University and former chair of the Council of Economic Advisers in the Obama administration, said of the inflation-adjusted data. "Wages are falling very rapidly over the last year and are way below where they were two years ago."

Yet at the same time, the super-tight labor market is forcing employers to hike wages and benefits to attract and retain workers. That is adding to concerns about the duration and pervasiveness of inflation.

Federal Reserve Chairman Jerome Powell has pointed to the Employment Cost Index data as a factor in the central bank'sdecision to raise interest rates last month for the first time since 2018.

Compensation costs for civilian workers increased by a larger-than-expected 1.4% for the first quarter of 2022, before adjusting for inflation, according to the index. The cost of wages and salaries rose 1.2% and benefit costs jumped 1.8% from December.

Looking at the past year ending in March, the unadjusted cost of compensation soared 4.5%, compared to 4.0% for the 12-month period ending in December.

The latest compensation report will likely keep the Fed in a pretty hawkish mood, said Kathy Bostjancic, chief US economist at Oxford Economics. She expects the central bank to raise rates by another 50 basis points at its May and June policy meetings.

"What they're concerned about is this higher inflation has persisted for so long that if it starts to seep into consumer businesses' expectations, then that's harder to wring inflation out of the system than just simply waiting for supply chains to correct," she said.