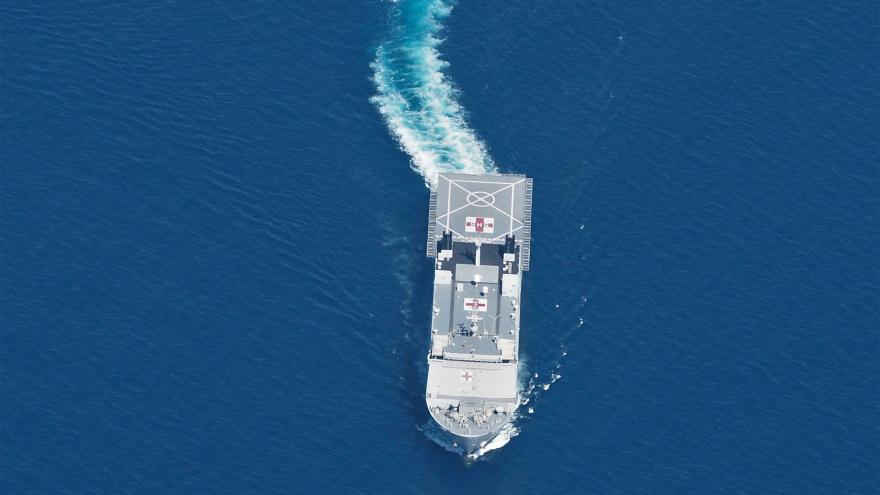 (CNN) -- Indonesian search teams believe they have identified an area where a missing naval submarine with 53 people on board could be located, as authorities warn oxygen on the vessel will run out within hours.

The area of interest is about 40 kilometers (approximately 25 miles) north of Bali, where oil had been spotted on the surface of the water near the dive point, and where an object likely to have come from the submarine was detected, according to Maj. Gen. Achmad Riad, the head of the military's central information unit.

A naval vessel detected an object with "strong magnetic resonance" at a depth of 50 to 100 meters (164 to 328 feet), Riad told a news conference Friday, and the navy expects its warship, the Riguel, to reach the search area Friday.

The Riguel is equipped with a high-tech sonar, which uses sound waves to locate objects, and the navy is hopeful it will be able to find the KRI Nanggala-402, a German-made submarine which lost contact during a military exercise in the Bali Strait early on Wednesday morning.

"HMA Ships Ballarat and Sirius, both presently at sea on separate regional deployments, are making best speed for the search area," Australia's Defense Department said in a press release Friday.

Rear Adm. Mark Hammond, of the Australian task force, added that his thoughts were with the submariners of KRI Nanggala, their families and the Indonesian people.

"As always, we stand ready to assist our fellow mariners in the Indonesian Navy," he said.

The United States is sending aircraft to assist in the search for the missing Indonesian submarine, Pentagon press secretary John Kirby tweeted Thursday.

The equipment will help in the search and rescue efforts and if necessary assist in a recovery mission.

"We are deeply saddened by the news of Indonesia's lost submarine, and our thoughts are with the Indonesian sailors and their families," Kirby tweeted.

"At the invitation of the Indonesian government, we are sending airborne assets to assist in the search for the missing submarine."

Adm. Yudo Margono, the chief of staff of the Indonesian Navy, said the submarine has sufficient oxygen for 72 hours, meaning it would last until Saturday.

Answering questions on the submarine's condition before participating in the war simulation, Margono said the KRI Nanggala-402 and all of its crew are well prepared. It last docked for maintenance in 2020 in Surabaya, a port city on the island of Java, he said.

Margono said there are two possibilities to explain the oil spill spotted on the surface: the submarine tank could be leaking because it dove too deep, or the submarine released fluid on board in an attempt to rise to the surface.

Indonesian Navy spokesman First Adm. Julius Widjojono said the submarine has the capability to dive up to 500 meters (approximately 1,640 feet) below sea level, but authorities estimate it went 100 meters to 200 meters deeper than that.