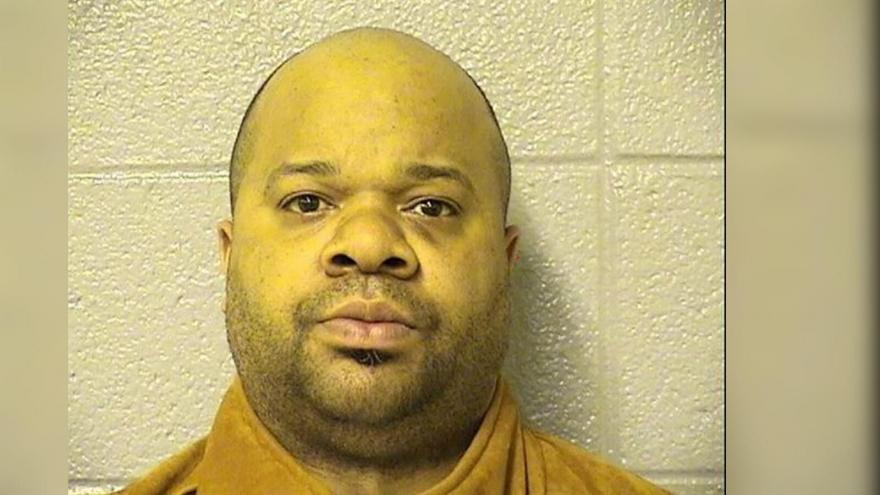 (CNN) -- A former manager for singer R. Kelly, who faces criminal charges of his own, is in the middle of plea negotiations, prosecutors revealed at a status conference Friday.

Donnell Russell was indicted in October on one count of interstate stalking for allegedly contacting an anonymous "Jane Doe" victim in Kelly's case "with the intent to harass and intimidate" her and her family, according to the indictment filed in the Eastern District of New York.

He pleaded not guilty to the charge in October, court documents show. Russell was also charged by criminal complaint in the Southern District of New York with threatening physical harm by interstate communication and conspiracy to threaten physical harm after Russell allegedly placed a phone call to a Manhattan theater to prevent the December 4, 2018 screening of "Surviving R. Kelly," according to a criminal complaint. He allegedly told the theater there was an armed person inside, prepared to begin shooting, prosecutors said. His attorney in that case, Annalisa Miron, said Russell pleaded not guilty to those charges.

At the hearing Friday morning, Nadia Shihata, an Assistant US Attorney for the Eastern District of New York, confirmed that prosecutors are in the middle of plea negotiations with Russell.

She added that prosecutors "will continue to produce additional discovery" in Russell's case.

"We will be sending a proposed plea agreement to the defendant this coming Monday," Shihata said.

Douglas Morris, an attorney for Russell, declined to comment when contacted by CNN.

Elie Honig, a former federal prosecutor and CNN Legal Analyst, said that the fact that prosecutors are sending a plea agreement to defense counsel is an indication that the ongoing negotiations are far along.

"That's typically an indicator that they're close to a plea deal and a trial won't be necessary," Honig said.

Russell, of Chicago, was a manager for R. Kelly, who is currently being held in a Chicago federal prison pending trials. Kelly is facing charges in New York including racketeering and violations of the Mann Act, which prohibits trafficking for prostitution or sexual activity. The charges Kelly faces stem from activity that prosecutors say took place over two decades in New York, Connecticut, Illinois and California. Kelly was also indicted on federal charges in Illinois for child pornography and obstruction, as well as state charges of aggravated criminal sexual abuse. He has pleaded not guilty to all of the charges.

Steve Greenberg, an attorney for Kelly, told CNN Russell was not charged in connection with Kelly's case and that he is not concerned about a possible plea deal between Russell and the government.

"He's charged with crimes that Kelly was not in any way involved in. If he chooses to plead guilty for his own actions, that's between the government and his own lawyers," Greenberg said. "Anytime someone is charged in a criminal case there's always the risk that they're going to make something up to get themselves out of trouble. I can't control that."

Honig said that even if Russell accepts a plea deal, it still remains to be seen if he would testify against his former boss. But, Honig added, testimony from a former member of Kelly's alleged criminal enterprise would be extremely valuable to prosecutors.

"In a RICO (racketeering) case you need to prove the existence of some larger criminal scheme," Honig said. "You need to prove there is some sort of ongoing criminal enterprise. If you have someone close to the defendant who can explain how this operation worked, how it was structured, how it handled its finances -- that's enormously helpful."

Correction: A prior version of this story misspelled Elie Honig's first name.