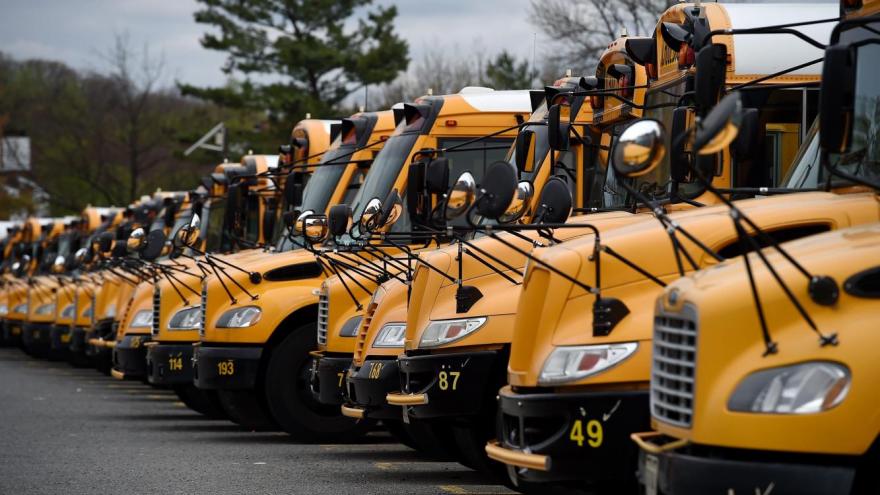 The district is sending out 35 buses with Wi-Fi for students who don't have internet access.

(CNN) -- A school district in Indiana, trying to ensure all students have access to the internet for virtual learning, said it's sending 35 WiFi-equipped buses across town during school hours.

The South Bend Community School Corporation, the fourth-largest school district in Indiana according to its website, last week announced schools would offer digital-only learning for at least the first eight weeks of the school year, which started Wednesday.

The school is parking buses in designated areas that lack internet service, the district said in a statement, "near benches or covered areas." Students aren't allowed on the bus, for safety and health reasons.

Many large school districts across the nation have announced plans to start the school year with virtual learning only. And like South Bend, they are grappling with how to make that work for children of low-income families.

In the city of South Bend, fewer than 70% of households have broadband internet subscriptions, according to the US Census Bureau.

Millions of school-age children in the US live in households without home internet service, high-speed internet, access to computer devices or help from parents who know how to use them, an expert at Duke University told reporters last month.

The district has distributed more than 17,000 Chromebooks to students, and they will automatically be able to log on to the WiFi with those, the district said.

The district used Wi-Fi buses strategy in the spring, when schools shut down amid the coronavirus pandemic. So did the district in Austin, Texas, which sent out more than 100 buses to areas most lacking in internet access.

"The soonest students would return in person to classrooms is October 5," said Superintendent Dr. Todd Cummings in a statement.

"We will remain flexible and will confer with health officials as we plan for learning options after October 5. The health and safety of our students, teachers, and families will drive any of those decisions."