Indiana Republican governor is latest US official to visit Taiwan 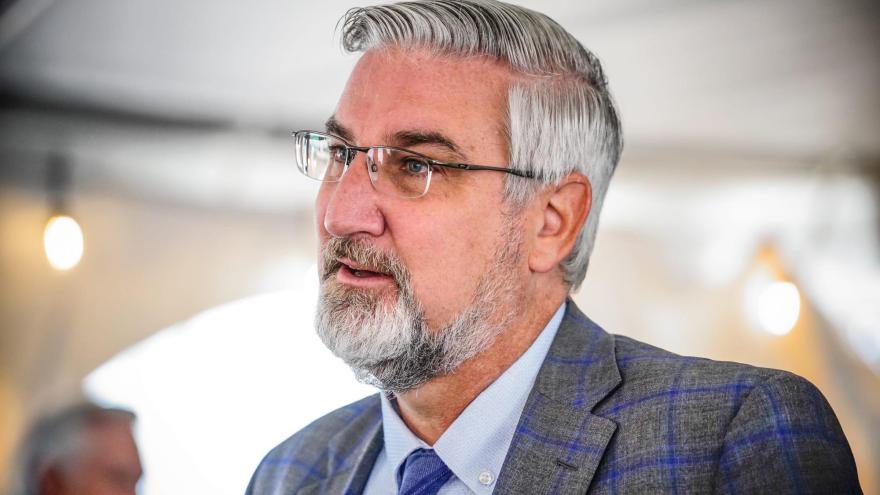 Republican Gov. Eric Holcomb of Indiana, seen here on April 12, announced on August 21 that he arrived in Taiwan, becoming the latest US official to visit the self-governing island amid its escalating tensions with China.

(CNN) -- Republican Gov. Eric Holcomb of Indiana on Sunday announced that he arrived in Taiwan, becoming the latest US official to visit the self-governing island amid its escalating tensions with China.

"I appreciate the warm welcome to Taiwan from Douglas Hsu, Taiwan Director of North American Affairs," the governor posted on Twitter, along with a photo of him and Hsu.

Holcomb and a delegation that includes Indiana's commerce secretary are in the Taiwanese capital of Taipei to kick off an "economic development trip" in Taiwan and South Korea, following the signing of the federal CHIPS Act and the recent announcement that Taiwan-based semiconductor company MediaTek will open a design center in Indiana, his office said in a statement.

Holcomb's trip follows a visit to Taiwan earlier this month by Nancy Pelosi, who became the first US House speaker in 25 years to visit the island at a time when Washington-Beijing relations have been particularly tense. Her visit upset China, which responded by launching extensive military drills around Taiwan and suspending key diplomatic communications with the US.

Last Sunday, a second US bipartisan congressional delegation, led by Democratic Sen. Ed Markey of Massachusetts, visited Taipei in an effort to "reaffirm the United States' support for Taiwan" and "encourage stability and peace across the Taiwan Strait."

China's ruling Chinese Communist Party sees Taiwan as part of its territory, despite having never controlled the democratic island, and Beijing has long vowed to "reunify" the island with China, by force if necessary.

The White House has said that there is no change to the United States' "One China" policy and that Washington recognizes the People's Republic of China as the sole legitimate government of China.

The US maintains close unofficial ties with Taiwan and is bound by law to provide Taiwan with defensive arms. But the US remains deliberately vague on whether it would defend Taiwan militarily in the event of a Chinese invasion, a policy known as "strategic ambiguity."

Holcomb is the first US governor to visit Taiwan since 2019 and the first Indiana governor to travel to the island in 17 years, his office said in a statement.

While in Asia, he plans to meet with Taiwanese and South Korean government officials, business leaders and academic institutions.

"The delegation will focus on strengthening Indiana's economic and academic partnerships and reinforcing the state's commitment to innovation, as well as committing to working together to build the economy of the future on an international scale," his office said.