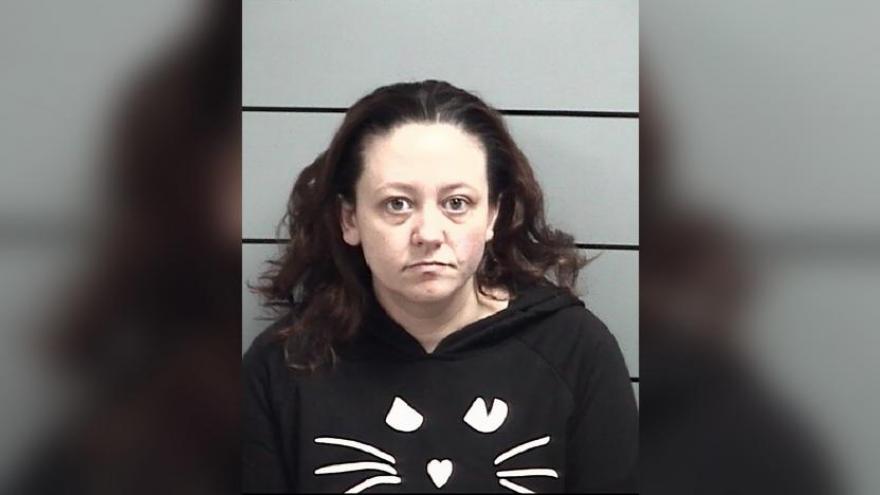 Ashlee Rans was charged after prosecutors say drugs in her breast milk killed her 2-month-old child.

(CNN) -- An Indiana mother is accused of causing the death of her 2-month-old, after her infant died of a methamphetamine intoxication, according to the Marshall County Prosecutor's Office. The drug may have been passed to the baby through breast milk, prosecutors say.

Ashlee Rans' two-month old-infant, Nevaeh Hope Rans, was pronounced dead on December 19, 2019 when emergency services and police responded to a 911 call at the mother's residence in Plymouth, court documents show. The affidavit states that Rans originally told police she accidentally rolled over her baby after falling asleep, she later admitted to using methamphetamine two days before her child's death, the affidavit says.

Rans, 36, was arrested on January 14 and charged with "two counts of Neglect of a Dependent Resulting in Death," according to a press release from the Marshall County Prosecutor's Office.

Rans told police that she brought the infant to bed to breast feed her in the early hours of the morning and that they both fell asleep facing each other, the affidavit says. Rans later awoke to find her infant cold and with blood running from her nose, she said, but an officer at the scene became skeptical about the circumstances surrounding the infant's death upon further questioning, the affidavit said.

At the scene, Rans and the child's father, James Mason -- who was also present at the time of the infant's death -- told police that the only kind of drug use they engaged in was marijuana use, the affidavit says.
When the results of the autopsy were provided to authorities, Rans and Mason were brought in for additional questioning. It was then that Rans told police that she was not a drug addict, but only an occasional drug user, though Snyder believed that she was "down playing the amount of her drug use because she showed no surprise reaction about [the infant] having methamphetamine in her system," the affidavit says.

Rans denied using drugs during pregnancy, Det. Sgt. Jeffrey Snyder of the Marshall County Sheriff's Office wrote in the affidavit, but admitted to using meth in a gas station bathroom two days before the death of her child. Rans told police that she fed her child with formula after using meth, but soon after continued breastfeeding after using meth, the affidavit says. "She said that it was probably later in the middle of the night when she began breast feeding again," Snyder wrote.

The Coroner's office told Snyder that methamphetamine can be passed into an infant's system through breast milk, and that a two-month-old is not able to adjust to having methamphetamine in its system, the affidavit says. "No matter what level of drug is present it would cause deadly results," according to the coroner in the affidavit.

However, amphetamines can also be prescribed for narcolepsy, and methamphetamine can be used to treat ADHD and obesity. Another study available on the National Center for Biotechnology Information found "no signs of abnormal development" and "no adverse reactions" in two infants whose mothers were treated for narcolepsy with prescribed doses of amphetamine.

In 2018, a woman was charged with criminal homicide in Pennsylvania after her 11-month-old infant ingested drugs through breast milk, prosecutors alleged. The woman, Samantha Jones, told investigators that she had been prescribed methadone to manage her addiction to opioids, the affidavit says, but there was no mention of other drugs.

In a statement to CNN, Chipman, the prosecuting attorney in the Rans case, said that because of these allegations there is need for "public awareness" that what a mother ingests can be transmitted to an infant through breastfeeding with "potentially tragic, and entirely preventable, results."

Rans' initial court hearing is scheduled for January 22. She faces between 20 to 40 years in prison if convicted.