India, the world's largest producer of sugar, is restricting exports 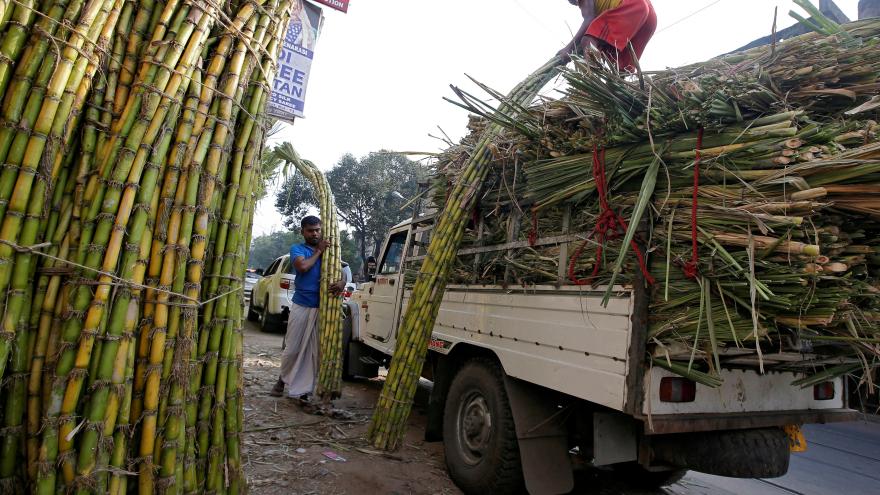 (CNN) -- India has decided to restrict the sale of sugar on international markets, just days after it banned wheat exports.

In a statement on Wednesday, the Indiangovernment said it will limit sugar exports to 10 million tons for the marketing seasonthat runs through September to keep prices in check. Sellers have alsobeen asked to seek "specific permission" from authorities for any export of sugar between June 1 and October 31.

India is the world's biggest producer of sugar and the second largest exporter behind Brazil. The government of Narendra Modi said it needed to take action to maintain sugar stocks in the country after "unprecedented growth in exports" last year and in the current season.

The move to limit exports comes at a time when annual retail inflation in Asia's third largest economy hit7.8%,its highest level in nearly eight years, in April. It is also another sign of rising food protectionism around the world, as major producers curb agricultural exports, adding to the supply shock triggered by Russia's invasion of Ukraine in February. Ukraine and Russia together account for about 30% of all wheat exports.

In the current marketing year, which runs from October 2021 to September 2022, Indian sugar mills have so far signed contracts for exports of about 9 million tons. In the previous 12-month period, the country shipped 7 million tons of the sweetener overseas, which was the highest amount in recent years, according to government data.

White sugar futures were trading 1% higher at $556.50per metric tonon Wednesday in London. They've gained 13% since the start of January and are about 26% higher than this time last year.

Russia's invasion of Ukraine has contributed to a historic shock to commodity markets that will keep global prices high through the end of 2024, the World Bank said last month. Food prices are expected to soar by 22.9% this year, driven by a 40% rise in wheat prices, it added.

Earlier this week, Malaysia moved to restrict exports of chicken to its neighbors, saying "the government's priority is our own people." And, just days earlier, India had banned wheat exports, as life-threatening heat waves stunt output and push local prices to record highs. The country is the world's second biggest producer of wheat after China, but it is not a major exporter of the commodity.

Speaking at the World Economic Forum in Davos on Tuesday, India's commerce minister Piyush Goyal said that "our export regulation should not affect global markets."

"We continue to allow exports to vulnerable countries and neighbors," he added.

Despite these reassurances, India's restrictions underscore the fragility of the global food situation. Global buyers were hoping that Indian wheat shipments would help fill the gap created by the war in Europe, which has hit vital shipments of agricultural exports.

However, there wassome good news last week. Indonesia said it would lift a ban on exports of palm oil, which was put in place in April. The Southeast Asian country is the world's top producer of the product, which is widely used as cooking oil and in many food items.