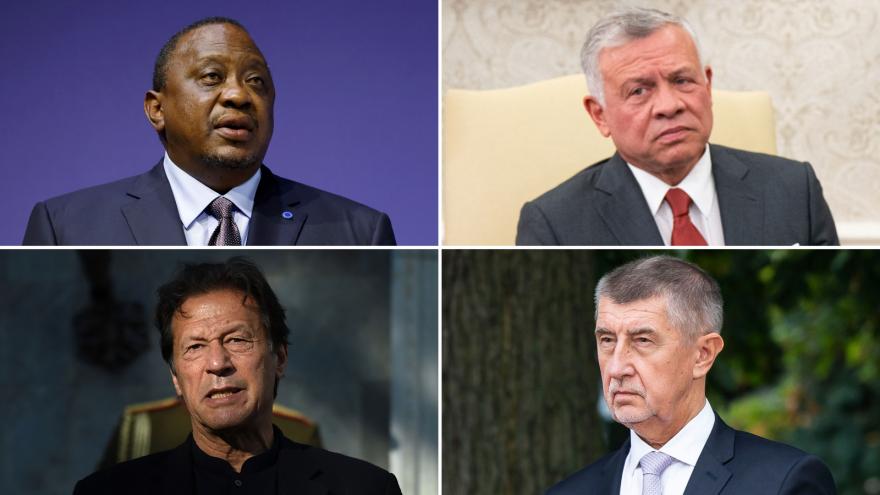 OTTAWA, Ontario (CTV Network) -- In light of a bombshell report that exposed the tax havens used by the world’s elite, new focus has emerged on how easy it is to create a trust or shell company that can shield the owner from taxes.

The “Pandora papers,” published on Sunday by the International Consortium of Investigative Journalists (ICIJ), analyzed leaked data from 14 firms and found that billionaires, politicians, celebrities and criminals are hiding their wealth in shell companies and trusts, which can hide the purchase of mansions, yachts, beachfront homes and other expensive assets. Many of these tax dodges are legal.

“This is the biggest offshore leak in history,” Ben Hallman, ICIJ senior editor, told CTV News Channel on Monday. “It really lays bare the financial secrets of some of the people who are in the position to actually change the offshore system and potentially actually crack down on tax shelters.”

In a statement, a British consortium of charities known as Oxfam International applauded the report and shined a light on how hurtful these tax havens can be for the rest of the population.

“This is where our missing hospitals are,” Susana Ruiz, Oxfam International’s tax policy lead, said in the statement.

“This is where the pay-packets sit of all the extra teachers and firefighters and public servants we need. Whenever a politician or business leader claims there is ‘no money’ to pay for climate damage and innovation, for more and better jobs, for a fair post-COVID recovery, for more overseas aid, they know where to look.”

“One of the implications really that we expect is that there will heightened focus not just on these people, not just on these individuals, on the enablers, the professional firms and other companies that really help direct this offshore economy,” Hallman said.

Hallman said anyone with even as little as a few hundred dollars can find a lawyer or accountant who can set up such a trust or shell company, which are then used to protect the client from paying taxes on their wealth and assets.

“It’s incredibly easy and because this all happens in the shadows, there’s no transparency, so people can do it without much fear that there will be blow back,” he said. “Of course, the revelations in these documents might challenge some of those assumptions.”

While tax haven countries have typically been associated with tropical destinations -- such as Panama or the British Virgin Islands -- Hong Kong, Belize and the United States are also among the popular locales for the world’s rich and famous to hide their wealth.

“What we’re seeing are people just taking advantage of countries that intentionally have weak laws and allow people to set up companies with reporting who really owns the company,” Hallman said.

In particular, the states of Nevada, Delaware and South Dakota have become popular spots to establish these trusts, due to the weak financial transparency laws in those states.

“The United States, our reporting shows, is really one of the biggest tax havens in the world, and a growing one at that,” Hallman said. “We have a story that spotlights South Dakota, which has become a hub in the international trust industry.”