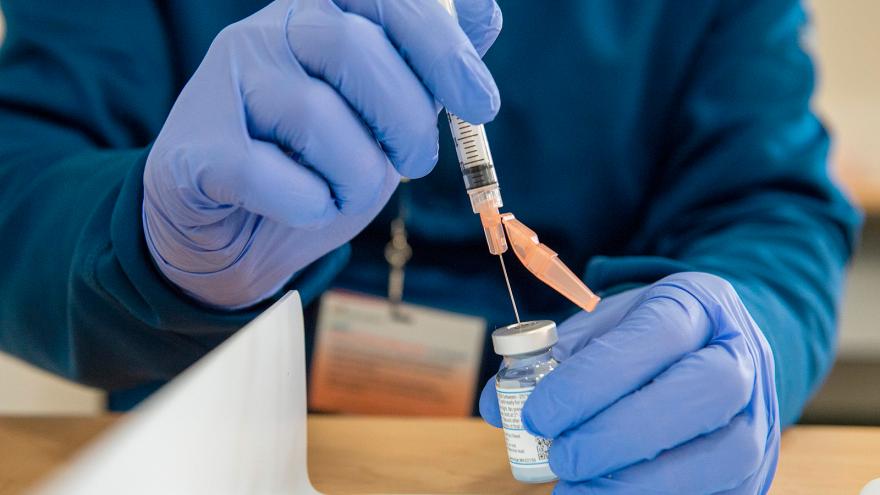 And in just the next month, another 100,000 lives could be lost to the disease, the incoming director of the US Centers For Disease Control and Prevention said.

"By the middle of February, we expect half a million deaths in this country," Dr. Rochelle Walensky told CBS' "Face the Nation" on Sunday.

"That doesn't speak to the tens of thousands of people who are living with a yet uncharacterized syndrome after they've recovered," said Walensky, who was chief of infectious diseases at Massachusetts General Hospital before President-elect Joe Biden picked her to lead the CDC.

Some people who have had Covid-19 have suffered symptoms months after testing positive.

"And we still yet haven't seen the ramifications of what happened from the holiday travel, from holiday gathering, in terms of high rates of hospitalizations and the deaths thereafter," Walensky said.

"I think we still have some dark weeks ahead."

What to expect this next month

While some states are starting to see improved outlooks in their fights against Covid-19, others are struggling badly.

North Dakota, which has been under a mask mandate, saw its number of active Covid-19 cases drop 80% since a mid-November outbreak, Gov. Doug Burgum said Friday.

That mask mandate will expire Monday.

"Our case numbers and hospital capacity have improved dramatically in North Dakota over the past two months, and with three new tools we didn't have last fall -- vaccines, rapid tests and effective therapeutics -- we can see the light at the end of the tunnel," Burgum said.

"However, this fight isn't over, and we need all North Dakotans to continue to exercise personal responsibility, follow protocols and keep wearing masks where physical distancing isn't possible. The day will come when we can take off our masks and discard them with confidence, but only if we do what's needed now to keep ourselves, our families and our communities safe."

In Illinois, three regions of the state are moving into less-restrictive lockdown measures.

The state will soon see the return of group fitness classes, "lower risk youth and recreational sports" and the reopening of museums, the governor said.

But much of the country is still in trouble. As of Sunday, 46 states had test positivity rates higher than 5%, according to Johns Hopkins University.

For perspective, the World Health Organization has recommended governments not reopen until their test positivity rates stay at or below 5% for at least 14 days.

A recent coronavirus projection from the University of Washington estimates more than 566,000 deaths in the US by May 1. The university's Institute of Health Metrics and Evaluation said the figure could be lowered by thousands with universal mask requirements.

Dr. Walensky said Sunday that the Biden administration will address "bottlenecks" in Covid-19 vaccine distribution and fulfill its goal to deliver 100 million doses in 100 days.

"I think that there are bottlenecks in different places across the entire system," Walensky told "Face the Nation."

"Different states are having different challenges -- how much is being rolled out to each state, whether those states have adequate personnel, whether those states are getting vaccine to pharmacies," she said. "Our job is to make sure that with the entire support of the federal government, that we address all of those bottlenecks wherever we are, so we can get vaccine into people's arms."

President-elect Biden says his goal is to distribute 100 million vaccine doses in his first 100 days of office.

"We have looked carefully, and we are confident that we have enough vaccines for the 100 million doses over the next 100 days," Walensky said. "It will be a hefty lift, but we have it in us to do that."

The Trump administration previously said it was holding onto doses to help make sure Americans got their necessary second shots a few weeks after their first doses.

Last week, a senior administration official said reserved second doses would be released, possibly over the span of two weeks.

But on Friday, Azar told NBC's Lester Holt "there's not a reserve stockpile."

"We now have enough confidence that our ongoing production will be quality and available to provide the second dose for people, so we're not sitting on a reserve anymore," said Azar, who has submitted his letter of resignation.

Like many Americans, Dr. Anthony Fauci -- director of the National Institute for Allergy and Infectious Diseases -- wanted answers.

"I tried, and I think successfully, sorted that out," Fauci told NBC's "Meet the Press" Sunday.

He said he spoke with Gen. Gustave Perna, chief operating officer for Operation Warp Speed, "and I think there was just a misunderstanding."

Fauci said the Trump administration first approached vaccine distribution with caution, holding back second doses in case there were any "glitches" in the supply of vaccine.

"After a couple of cycles when it became clear that the cadence of the flow of doses was really going to be consistent and reliable, the decision was made instead of just giving enough for the first dose and holding back for the second dose, that as soon as they got the doses available, they would give it," Fauci said.

About 3% of the US has received at least 1 dose

More than 12.2 million vaccine doses have been administered in the US, according to the CDC.

Over 10.5 million people have received their first injections, while 1.6 million have finished their vaccination cycle with a second dose.

Those numbers fall short of goals set by Operation Warp Speed, which had promised 20 million Americans would be vaccinated by this year.

Azar said the timing of the vaccine's approval had an impact.

"We said we would have doses available for 20 million people that could be available, and of course, that was a projection based on estimates of when FDA would approve," Azar told NBC's Lester Holt Friday.

"FDA ended up approving later -- close to Christmas. You've got a natural scale up."

Meanwhile, Fauci told "Meet the Press" that the US is closely examining new variants of Covid-19, including one first identified in the UK and another, "more ominous" strain identified in South Africa and Brazil. Health experts are watching out for whether new strains could lessen the impact of Covid-19 vaccines, which would prompt some modifications to the vaccines.

The CDC recently warned that Covid-19 variants could accelerate the spread of the virus in the US.

Dr. Scott Gottlieb, the former commissioner of the Food and Drug Administration, said Sunday that the spread of the UK variant across the US means the nation is facing "a relentless strike" heading into spring.

"In about five weeks, this is going to start to take over," Gottlieb said in an interview on "Face the Nation."

"The only backstop against this new variant is the fact that we will have a lot of infection by then, so there'll be a lot of immunity in the population and we will be vaccinating more people, but this really changes the equation," he said.

Gottlieb said data from the US and other nations shows that the number of people infected with the new variant will likely double every week.