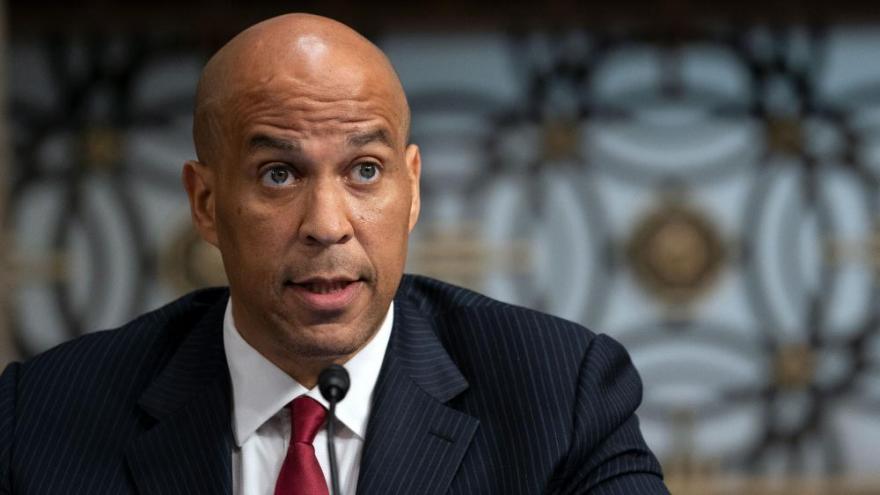 (CNN) -- Congress set a new diversity record this year with its highest-ever number of women and racial minorities, including 60 Black lawmakers.

But that's mostly in the House.

People of color have historically had a tougher time getting elected to the Senate. Newly elected Raphael Warnock is only the 11th Black US senator since the Senate convened for the first time in 1789. Only two of those have been women. And with the departure of Kamala Harris, the number of Black female US senators is now at zero.

Voters in urban congressional districts tend to be more diverse and politically progressive, driving the higher number of minorities in the House. But that has had little effect on the number of Black senators.

"Black US Senate candidates, and especially Black politically progressive Democratic candidates, have found it difficult to get traction and win statewide elections due to the default political conservatism in White majority regions of the US," says Karlos Hill, chair of African-American studies at the University of Oklahoma.

From slavery and Jim Crow laws to suppression of minority voters, Black political candidates have long faced stumbling blocks. Hiram Revels, the first Black US senator, took office in the late 1800s as part of a wave of African American lawmakers during the Reconstruction era, but he was elected by the Mississippi legislature, not the state's voters.

Decades of voter suppression has limited Black voting power in the South, says Tobin Miller Shearer, director of African-American studies at the university of Montana.

Shearer also cites the "incomplete legacy of the 15th Amendment," which granted everyone the right to vote but was undermined by states in the deep South which disfranchised Black voters through literacy tests, property ownership requirements and other racist measures.

It wasn't until 1965 that these discriminatory voting practices were outlawed by the federal Voting Rights Act.

Half a century later Black voters in the South are wielding new power, thanks in part to a push by former Georgia gubernatorial candidate Stacey Abrams and other organizers to register new voters and combat voter suppression.

"Black candidates can compete and win competitive statewide races if they are able to effectively mobilize the Black electorate," Hill says. "If the momentum created by Abrams and Warnock's recipe for mobilizing the Black electorate can be sustained, we could begin to see more Black representation in the US Senate. Only time will tell."

Here are the 11 Black US senators:

Hiram Revels was a former barber and minister who served in the US Senate from 1870-1871.

Mississippi lawmakers chose him to fill a vacant seat, although he faced fierce opposition from his future colleagues who questioned his citizenship. Their argument was based on a 1857 Supreme Court case that ruled African Americans could not become citizens of the United States.

Born a free man in 1827 -- the slavery era -- he was an army chaplain during the Civil War, working at churches in Kansas, Kentucky and Louisiana. After the war ended, he settled in Natchez, Mississippi, where he was an elder at the African Methodist Episcopal Church, and built a reputation as a respected community leader.

Mississippi was seeking readmission to representation in the US Congress and needed to fill two Senate seats that had been unoccupied since 1861, when it seceded from the Union. Revels was offered the shorter of two terms -- one set to expire in March 1871.

Revels took the oath of office 22 days after the ratification of the 15th Amendment, which held that Americans could not be denied the right to vote based on their race. Revels was "the 15th Amendment in flesh and blood," civil rights activist Wendell Phillips said.

Sen. Blanche K. Bruce of Mississippi was the first African American to serve a full term in the US Senate.

Born into slavery, he could not attend school, so he sneaked in some lessons from a tutor hired for his master's son. He escaped at the beginning of the Civil War and taught Black students in Missouri before moving to Mississippi, where he held several jobs, including a county sheriff and tax collector.

Like Revels, he was elected to the US senate by the Mississippi state legislature, not voters. Bruce served from 1875 to 1881.

The former slave later became a plantation owner, and lived a privileged life that was a far cry from that of his Black constituents. Despite moving in elite circles, he fought for the rights of freed slaves and was a strong advocate for Black war veterans. But Black people in Mississippi questioned his commitment to their plight.

Sen. Edward Brooke of Massachusetts was the first African American elected to the US Senate by popular vote. He's also credited with integrating the Senate barbershop with his first haircut on Capitol Hill after his win.

The former World War II Army veteran graduated from Howard University and then attended law school at Boston University. He served two full terms in the Senate, from 1967 to 1979.

Brooke did not consider himself a trailblazing politician and maintained that he represented all his constituents. "I do not intend to be a national leader of the Negro people. I intend to do my job as a senator from Massachusetts," he once declared. He died in 2015 at the age of 95.

Moseley Braun was also the first woman to serve on the powerful Finance Committee after Democrat Tom Daschle gave up his seat to create a spot for her.

The Democrat from Illinois served only one term, from 1993 to 1999. Before joining the Senate, she was a prosecutor in the office of the United States Attorney in Chicago and assistant majority leader in the Illinois House of Representatives.

She defeated both the Democratic incumbent and the Republican challenger for a seat in the US Senate, becoming the first female senator from Illinois as well. But she lost her bid for reelection to the Senate and unsuccessfully ran for president in 2004.

"I cannot escape the fact that I come to the Senate as a symbol of hope and change," she said shortly after being sworn in. "Nor would I want to, because my presence in and of itself will change the US Senate."

In the nearly three decades since, there has only been one other female Black senator: Kamala Harris.

Barack Obama was the fifth Black US senator and only the third one elected by voters.

He took the oath of office in January 2005 after serving in the Illinois state senate for almost eight years. Obama served one term in the Senate before running for President in 2008.

Roland Burris was appointed in 2008 to fill President Obama's vacated seat in the US Senate.

Before taking on that role, Burris was the first African American to win a statewide election when he was elected comptroller of Illinois in 1978. After serving as comptroller for over a decade, he became attorney general of Illinois.

He served in the Senate until November 2010, when voters chose his successor in a special election. Citing fundraising difficulties, Burris chose to retire instead of running for a full term.

In 2013 Tim Scott of South Carolina became the first African American US senator from the deep South since Reconstruction. The former entrepreneur worked in insurance and real estate, and served in the US House of Representatives before joining the Senate.

He was appointed US senator in January 2013 after the resignation of his predecessor, then was elected to a full term in 2016.

The lifelong resident of South Carolina has marveled at his family's remarkable journey, considering his grandfather once dropped out of school to pick cotton.

"Our family went from cotton to Congress in one lifetime," he said last year.

William Cowan was appointed to fill John Kerry's seat after Kerry resigned in 2013 to become secretary of state.

Before his appointment, Cowan was a partner in a law firm and served as chief of staff to Massachusetts governor Deval Patrick.

His appointment in February 2013, a month after Scott, marked the first time two African Americans served in the US Senate simultaneously.

Cowan spent less than six months in the Senate and chose not to run in a special election to decide who would serve the remainder of Kerry's term.

Democrat Edward J. Markey won that race and has since been re-elected twice.

Cory Booker was the first African American to represent New Jersey in the US Senate.

He was the popular mayor of Newark, the state's largest city, before he joined the Senate after a special election in October 2013 following the death of Frank Lautenberg. The next year he was elected to a full term.

The former Rhodes Scholar and Yale Law School graduate unsuccessfully ran for President in 2020 but was later reelected to the Senate.

Kamala Harris was the first Black woman to represent California in the US senate when she took office in January 2017. But she was making history long before then.

She was the first Black person and first woman elected district attorney of San Francisco and attorney general of California, a position she held until 2016.

And she's still shattering glass ceilings. This month, she was sworn in as Vice President of the United States -- the first woman, first Black woman and first Asian American to hold that post.

Many advocates had called for a Black woman to replace her, but California Gov. Gavin Newsom instead appointed Alex Padilla, California's first Latino senator. While historic, it leaves no Black women in the upper chamber of the US Congress.

"When you think about the history of this country, of the challenges that exist for African Americans ... this is a real blow to the African-American community, to African-American women, to women in general," San Francisco Mayor London Breed said.

Rev. Raphael Warnock's win in a Georgia runoff election earlier this month played a big role in highlighting the growing power of Black voters in the South.

Like Revels, his path to the US Senate followed a key role in a pulpit of the Black church. Warnock is a senior pastor at Atlanta's Ebenezer Baptist Church, where Martin Luther King served as co-pastor. Black voters in Atlanta and its suburbs turned out in big numbers to help him win.

In his victory speech, Warnock reflected on his mother's teenage days picking cotton to in rural Georgia. He acknowledged how far the nation has come.

"Because this is America, the 82-year-old hands that used to pick somebody else's cotton went to the polls and picked her youngest son to be a United States senator," he said.

Along with Booker and Scott, he is one of three African Americans in the current Senate.