In small breakthrough, Koreas will meet for talks on Tuesday 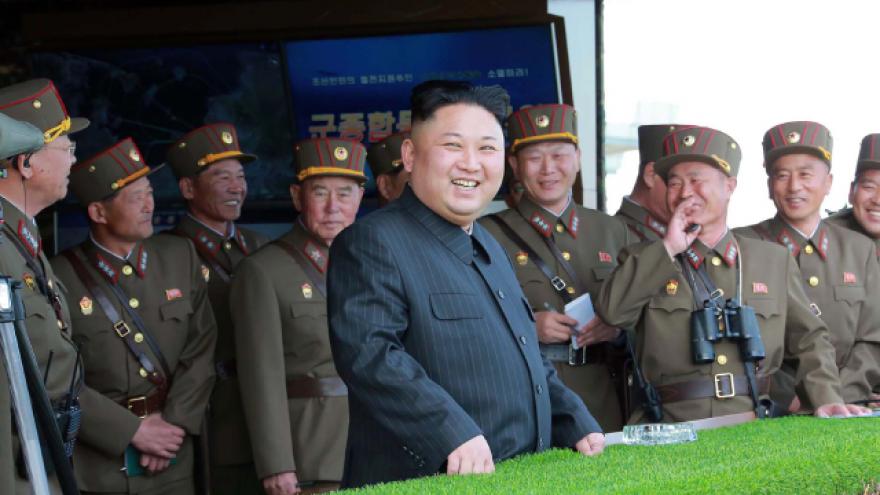 SEOUL, South Korea (AP) — The rival Koreas will sit down for their first formal talks in more than two years next week to find ways to cooperate on the Winter Olympics in the South and to improve their abysmal ties, Seoul officials said Friday. While a positive sign after last year's threats of nuclear war, the Koreas have a long history of failing to move past their deep animosity.

On Friday morning, North Korea sent a message saying it would accept South Korea's offer to meet at the border village of Panmunjom next Tuesday to discuss Olympic cooperation and how to improve overall ties, according to South Korea's Unification Ministry, which handles North Korean matters. Panmunjom is where a North Korean soldier dashed across the border into the South in November. He is recovering after being shot five times by his former comrades.

Unification Ministry spokesman Baik Tae-hyun said he expects the two Koreas will use a recently restored cross-border communication channel to try to determine who will head their respective delegations next week.

Any dialogue between the Koreas is seen as a positive step. But critics say the North's abrupt push to improve ties may be a tactic to divide Seoul and Washington and weaken international pressure and sanctions on Pyongyang.

In his New Year's address Monday, North Korean leader Kim Jong Un said he was willing to send a delegation to the Winter Olympics but he also said he has a "nuclear button" on his desk to fire atomic weapons at the United States. President Donald Trump quickly responded that he had a bigger and more powerful "nuclear button" of his own.

Past breakthroughs to ease Korean tensions have often ended with renewed animosities. It's likely the North will refrain from provocations during the Games. But tensions could return afterward because the North has no intention of abandoning its weapons programs and the United States will not ease its pressure on the country, analysts say.

The Trump government on Thursday said its springtime military drills with South Korea will be held from March 8-18 following the Feb. 9-25 Olympic Games. Defense Secretary Jim Mattis insisted the delay was a practical necessity to accommodate the Olympics, not a political gesture.

The White House said Trump approved the postponement in consultation with South Korean President Moon Jae-in, who said he suggested the drills' delay to the United States.

Moon, a liberal, has been pushing to improve strained ties and restore stalled cooperation projects with North Korea since his inauguration in May, though he joined U.S.-led international efforts to apply more pressure and sanctions on the North.

Moon's government wants North Korea to take part in the Winter Olympics. But North Korea is not strong in winter sports and none of its athletes have been qualified to compete in the Games. It needs to acquire additional quotas by the International Olympic Committee to come to South Korea. Baik said North Korea is expected to hold talks with IOC officials next week.

The Trump administration has said all options are on the table to end the North Korean nuclear standoff, including military measures, but Moon has repeatedly said there cannot be another war on the Korean Peninsula. Critics say these differences may have led Kim to think he can drive a wedge between Seoul and Washington as a way to weaken international pressure on the country.

The United States stations about 30,000 troops in South Korea, a legacy of the 1950-53 Korean War that ended with an armistice, not a peace treaty. North Korea has cited the U.S. military presence and its regular drills with South Korea as proof of American hostility that compels it to pursue nuclear weapons.