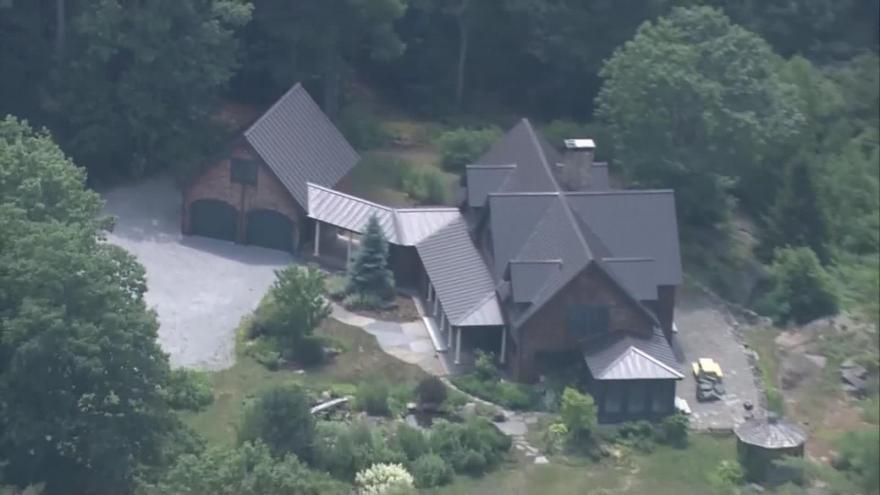 Before her arrest, Maxwell was living on a 156-acre New Hampshire estate purchased for $1.07 million in cash in December 2019 "through a carefully anonymized LLC," according to court papers and the realty company.

(CNN) -- In their pursuit of Ghislaine Maxwell for what they say is her role in Jeffrey Epstein's alleged sex trafficking ring, federal prosecutors claim to have unearthed a series of unusual financial transactions involving the two that add a new layer to the mysterious financial complexities underpinning the larger Epstein saga.

The financial relationship between Epstein, the late multimillionaire whose sources of wealth remain largely murky, and Maxwell, the British socialite whose newspaper tycoon father died just before being implicated in a massive pension fraud scandal, has long been difficult to decipher.

The two ran in the rarefied world of billionaire bankers and society figures, but it was unclear how either came to have the means to support such a lifestyle.

Epstein billed himself as a money manager to billionaires, but it was not apparent that he had any clients besides Leslie Wexner, the founder and chairman of Victoria's Secret parent company L Brands, who took the unusual step of granting Epstein power of attorney and who later accused him of having "misappropriated vast sums" from Wexner and his family. Maxwell has said in court papers that Epstein pledged to "always support" her financially.

On Thursday, after charging Maxwell with recruiting, grooming and sexually abusing underage girls as young as 14 as part of Epstein's alleged yearslong criminal enterprise, federal prosecutors disclosed that for a five-year period beginning in 2007, Maxwell and Epstein exchanged more than $20 million dollars between their bank accounts, with the sums going first from Epstein to Maxwell, and then back to Epstein.

An attorney for Maxwell, Jeffrey S. Pagliuca, didn't respond to a request for comment. She and her representatives had previously denied she engaged in sexual abuse or sex trafficking.

Legal experts said the transfers raise questions about whether those were legitimate payments or were used to mask illegal conduct.

"The fact that she and he would exchange so much money indicates that they had a very close business relationship and that he clearly trusted her with a phenomenal amount of money," said Duncan Levin, a former federal prosecutor who handled money laundering and asset forfeiture cases in the Brooklyn US Attorney's office.

"There may be a completely innocent explanation for it, but it definitely is a sinister data point," Levin said. He suggested that the lack of additional information provided by prosecutors about the transfers may mean they don't yet know their significance but sought to flag for the judge the "odd-looking" behavior.

Shan Wu, a CNN legal analyst and criminal defense lawyer, said the transactions "that arouse my suspicions are the large transfers in the millions between her accounts and Epstein's accounts, which raises the question, is there some kind of laundering going on?"

"Is that her salary? Otherwise why would he need to be transferring such large amounts of money between their accounts? If it's private transfers, that's very odd," Wu said. He said he suspects prosecutors are looking to see where the money trail leads and if it ties into some of the still-unanswered questions about how Epstein funded university donations, among other transfers.

Prosecutors also detailed transfers they said Maxwell made between her own accounts. Since 2016, prosecutors say, Maxwell has held more than 15 bank accounts that have totaled between several hundred thousand dollars and more than $20 million.

During that time period and as recently as 2019, prosecutors allege she moved hundreds of thousands of dollars at a time between her accounts: In March 2019, $500,000 from one of her accounts to another; four months later, more than $300,000 from one account to another.

As recently as last year, prosecutors say she held at least one foreign bank account containing more than $1 million.

Prosecutors also allege moves tied to her $15 million sale of a New York City property in 2016: After she sold the residence for through a limited liability company, amounts totaling more than $14 million were deposited into an account she is listed as owning. Days later, a sum of more than $14 million was transferred from that account into another account opened in her name.

"In short, the defendant's financial resources appear to be substantial, and her numerous accounts and substantial money movements render her total financial picture opaque and indeterminate, even upon a review of bank records available to the Government," prosecutors wrote.

At the time of her arrest Thursday, she was found living on a 156-acre Bradford, New Hampshire, estate that was acquired for $1.07 million in an all-cash purchase in December 2019 "through a carefully anonymized LLC," according to court papers and the realty company.

According to the indictment unsealed Thursday and other court filings, Maxwell and Epstein have been financially entangled for many years. Prosecutors say that between 1994 and 1997, the period that covers her indictment, the two were in an "intimate" relationship and that he paid her to manage his various properties, which ranged from an Upper East Side mansion to a sprawling ranch in Santa Fe, New Mexico.

According to a lawsuit she filed in the US Virgin Islands earlier this year against his estate, she was employed by him individually and by several of his affiliated businesses until at least 2006, during which time she was paid to manage his properties in New York, Paris, Florida, New Mexico and the Virgin Islands, where he owned a private island.

Maxwell claimed in the suit that Epstein told her he would continue to support her financially even if she pursued a business venture of her own, and that in 2004 he gave her a typewritten letter with a handwritten note asking her to "remain in Epstein's employ and promising that no matter what Maxwell chose to do, Epstein would always support Maxwell financially."

Last month, both parties filed a joint motion to stay the proceedings in that lawsuit.