In a new trailer for Amazon's 'Lord of the Rings' series, Galadriel is the hero 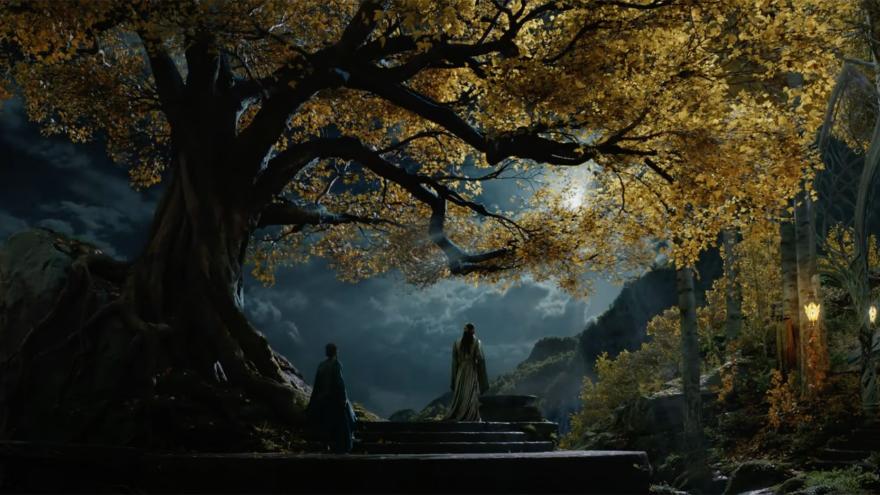 (CNN) -- The original "Lord of the Rings" trilogy was primarily led by male characters. A few women, including the powerful elves Arwen and Galadriel, appeared in supporting roles but mostly existed to serve the stories of Frodo Baggins and his all-male crew.

But in the highly anticipated Amazon series, "The Lord of the Rings: The Rings of Power," the central hero appears to be Galadriel.

In a new trailer for the upcoming TV epic, set thousands of years before the original series, a younger Galadriel senses that evil is encroaching on Middle-Earth. Elven ruler Elrond, who also appeared in the original trilogy, tells the warrior elf to "put up [her] sword," but she knows the enemy of all living things in Middle-earth needs to be vanquished.

He doesn't get namechecked in the new trailer, but we know the source of that evil -- Sauron, the dark lord who crafts the all-powerful One Ring that sets the plots of "The Hobbit" and the "Lord of the Rings" series in motion. (Series showrunners J.D. Payne and Patrick McKay confirmed earlier this year that "The Rings of Power" would focus on the rise of Sauron in addition to the forging of the rings and other familiar Tolkien tales.)

The trailer also provides glimpses of several other well-known Middle-Earth inhabitants: Dwarves, humans and Harfoots, a breed of Hobbit (easy to spot thanks to their signature overgrown bare feet), as well as locales like the elven city of Rivendell, but their peace won't last.

"Darkness will march over the face of the earth," one character ominously utters. "It will be the end not just of our people, but all peoples."

In one scene in the trailer, Galadriel, caked in ash, gazes upon countless bodies suspended in air above a fiery landscape. Middle-earth didn't even look this terrifying when Frodo and Sam were nearly swallowed by lava on Mount Doom.

And though familiar characters like Galadriel and Elrond are returning, their original actors are not. Those roles, originated by Cate Blanchett and Hugo Weaving, respectively, are now portrayed by Morfydd Clark and Robert Aramayo. The cast also includes Benjamin Walker, Nazanin Boniadi and several lesser-known actors.

"The Rings of Power" premieres September 2, shortly after another prequel to a beloved book series and its TV adaptation -- "The House of the Dragon," a "Game of Thrones" series that focuses on the history of the dragon-riding Targaryen family premieres August 22 on HBO. The end of summer will certainly be an eventful one for fantasy buffs and a confusing one for casual fans who have trouble keeping character names straight.