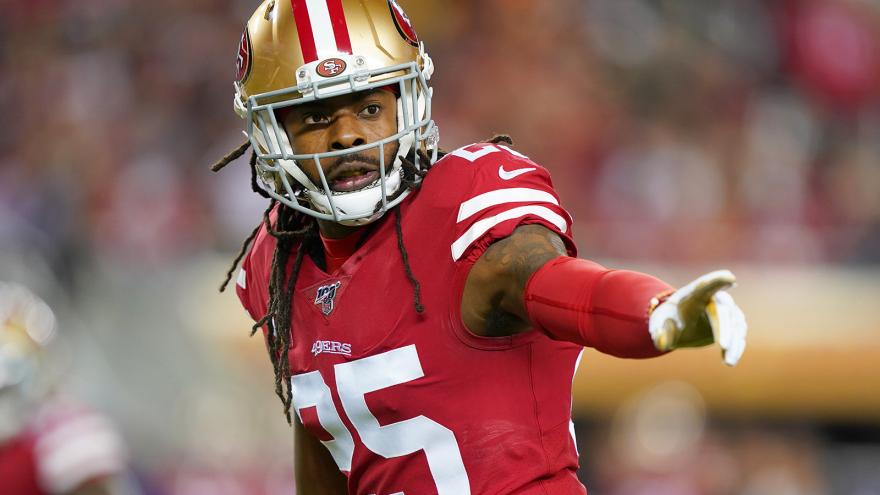 (CNN) -- Calls made to 911 before NFL player Richard Sherman's early Wednesday arrest in King County, Washington, detail his wife's efforts to protect Sherman from himself and police -- and protect herself from Sherman.

The 911 tapes, obtained by CNN, detail the conversations between 911 operators and those close to Sherman, who said that he was intoxicated and "suicidal."

Sherman was later arrested after allegedly trying to break into a home in the city of Redmond that police described as belonging to the parents of Sherman's wife.

He was booked on charges of residential burglary with a domestic violence component, resisting arrest and malicious mischief, according to Redmond Police Chief Darrell Lowe.

The King County prosecuting attorney's office said in a statement that it had not yet made a decision on which charges, if any, it will pursue.

"Despite what is listed as a 'charge' on the jail roster, Mr. Sherman has not been criminally charged," the King County prosecuting attorney's office said in a statement, adding it was awaiting a first appearance document before making a charging decision. Sherman's initial court appearance is expected on Thursday.

CNN reached out to Sherman for comment Wednesday. It's not clear whether he has an attorney.

The initial 911 call came from a woman who identified herself as Ashley Sherman, Richard's wife. She said Sherman was "drunk and belligerent" at their house and had consumed two bottles of liquor.

"He's being aggressive, he's wrestling with my uncle, he's threatening to kill himself, he sent text messages saying he's going to hang himself," she said.

Ashley Sherman -- who said she lives in Maple Valley, Washington -- also told the operator that her husband would try to fight police if they arrived, but she added that he was unarmed.

"Please don't shoot, is what I'm asking," she said to the operator. "He has no weapons."

As she was on the phone with the operator, she said Sherman was attempting to leave in a vehicle.

After the call ended, she alerted the operator on a second 911 call that Sherman might go to her parents' house in Redmond.

Redmond is about 26 miles away from Maple Valley.

In a separate recording a man, who identified himself as Eric Handley, called to tell authorities he was following the two as the pair drove in separate vehicles.

In public tax filings, a person named Eric Handley is listed as director of security for the Richard Sherman Family Foundation.

He told the operator that Sherman was "intoxicated" and using his vehicle repeatedly to block his wife from driving forward, and at one point, the man said that all three were stopped in the middle of the road.

He described Sherman as "suicidal" and provided their location to the operator, and the call ended as the caller said that he could see officers arriving.

CNN has been unable to reach Ashley Sherman and Handley declined to comment Thursday.

Sherman arrested at his in-laws' house

According to Redmond police, officers located Sherman about 1:50 a.m. Wednesday after receiving a report that he was "attempting to force entry into a family member's home."

They located Sherman outside the house, the police said.

Chief Lowe said officers initially spoke with Sherman and "even joked with him." But when police told the football star he was under arrest, Lowe said, Sherman tried to walk away and resisted, before getting into an altercation with officers.

"The suspect fought with officers while being taken into custody, resulting in a Redmond K9 team being deployed to assist in gaining control," the Redmond police statement said.

Lowe said Sherman was treated at a local hospital for minor injuries before he was booked into King County Jail.

Sherman had the "odor of an intoxicant" on his breath at the time of his arrest, the police chief said he was told.

Sherman is also being investigated for a possible hit-and-run and driving under the influence, police said, after an SUV was abandoned after hitting a cement barrier in a work zone.

Washington State Police said troopers went to the home of the in-laws after the heavily damaged SUV was traced to Sherman and after learning that Redmond officers had been called to the residence for an unrelated incident involving the football player. State troopers obtained a search warrant for a sample of Sherman's blood and results are pending.

In a brief interview with the Seattle Times, Sherman's wife said, "At this time we're going to make no statements, except he didn't harm anybody."

She added: "My kids were not harmed in the incident. He's a good person and this is not his character. We're doing all right, just trying to get him out. I want people to know no one was injured."