Immigration arrests in the US plunge under Biden administration, data show 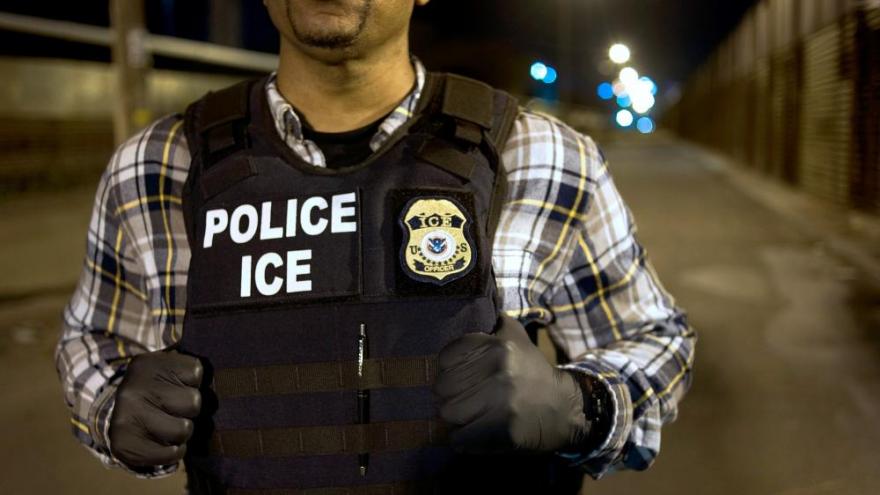 Immigration arrests in the US plunge under Biden administration, data show.

(CNN) -- Immigration arrests in the United States have plunged under President Joe Biden compared to his predecessor, who cast a wide net of who was eligible to be taken into custody, according to Immigration and Customs Enforcement data released Friday.

Under Biden, the Department of Homeland Security rolled out a series of policy changes that marked a departure from the Trump administration's aggressive enforcement measures. That included modifying guidance to focus arrests on national security, public safety and border security risks.

Senior ICE officials on Friday emphasized the impact of the pandemic on operations, pointing out the difficulty of comparing the data to past years.

"I can't overemphasize how impactful Covid has been on the agency over this, really the past year and a half, but certainly this fiscal year," a senior official said, noting shutdowns, and other countries that refused to accept deportations cases.

The fiscal year 2021 data encompasses the final months of the Trump administration and the start of the Biden era.

Of the total arrests conducted, 45,755 occurred after ICE modified its guidance last February under Biden, newly released data shows. Nearly half of those arrests were of convicted criminals, while 55% of those arrested were classified as "threats to border security," which includes people apprehended by US Border Patrol.

The return to a priority system for arrests was among several policy changes instituted under Biden. Over the last year, ICE also ended contracts with two detention centers, stopped long-term detention of families, discontinued mass worksite immigration raids, and began moving toward alternatives to detention, like ankle bracelets.

A senior ICE official told reporters Friday the "focused approach yielded measurable success," including, for example, a doubling of arrests of aggravated felonies over the prior year.

Deportations also dropped dramatically in the first year of the Biden administration. ICE deported around 59,000 last year, down from 185,884 the year before.

Overseeing the structural changes is acting ICE Director Tae Johnson, who's remained at the helm of the agency during the months-long confirmation process for Biden's pick to lead ICE, Ed Gonzalez.

This week, Gonzalez's confirmation hit a snag after Senate Democrats withdrew a vote to advance his nomination when an alleged domestic complaint surfaced. The White House has said it still stands by Gonzalez, who called the accusations in the complaint false.

While immigrant advocates and Democratic lawmakers have welcomed change at ICE, they've been critical of the continued use of private detention and access to Covid-19 vaccines for those who are detained.