Immigrant acquitted of murder in Kate Steinle shooting is not competent to stand trial due to mental illness, evaluator says 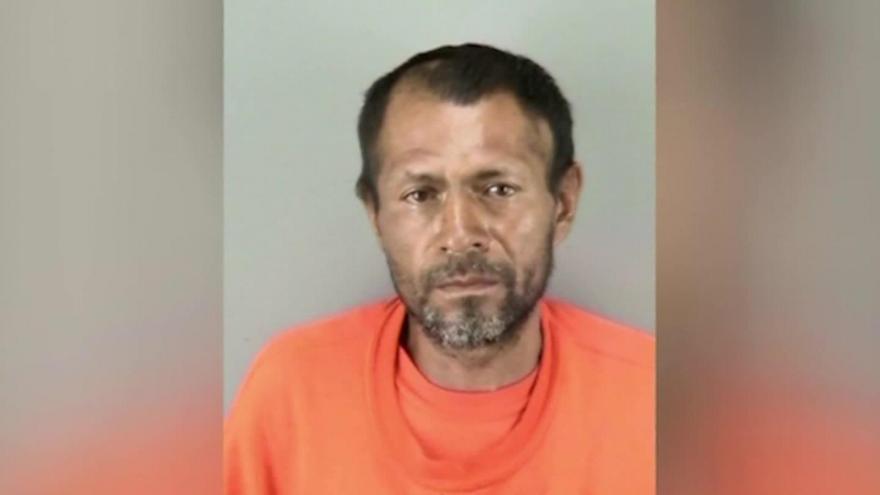 A court evaluator concluded Jose Ines Garcia Zarate is not competent to stand trial on federal gun charges "because of a mental illness that is not presently being treated," according to a court document from the US District Court in California.

(CNN) -- A court evaluator concluded Jose Ines Garcia Zarate is not competent to stand trial on federal gun charges "because of a mental illness that is not presently being treated," according to a court document from the US District Court in California.

"If neither side disputes the evaluator's conclusion, the Court wishes to explore ... what efforts should be made locally to restore the defendant to competency through proper medication, as opposed to sending the defendant to a federal facility outside California," according to court documents dated February 14.

Otherwise, a hearing may be required to explore Garcia Zarate's competency, the court documents say.

A status conference has been set for February 19 to discuss next steps.

Garcia Zarate, a repeat felon from Mexico, had been deported multiple times prior to the shooting and was released from custody April 2015.

In July that year, surveillance video captured him running away from San Francisco's Pier 14, where Steinle had just gotten shot while on a walk with her father and a friend.

Prosecutors said investigators found gun residue on Garcia Zarate's right hand and argued he had been playing his own "secret version of Russian roulette" and fired into the crowd.

But his defense said the shooting was accidental and the bullet bounced off the ground and flew across 80 feet before hitting Steinle.

He was acquitted of murder, involuntary manslaughter charges and assault with a deadly weapon and was convicted on a lesser charge of being a felon in possession of a firearm and sentenced to three years in prison.

In the time following Steinle's death in 2015, Google searches for 'sanctuary city' spiked.

President Trump and ICE officials used the case to decry similar policies and push for the construction of a border wall.

For 30 years, San Francisco has continue to uphold its Sanctuary Ordinance, which prohibits city officials from assisting ICE unless required by state or federal law.

In 2013, it passed an ordinance that "limits when city law enforcement officers may give ICE advance notice of a person's release from local jail," according to the San Francisco Office of Civic Engagement and Immigrant Affairs. "It also prohibits cooperation with ICE detainer requests, sometimes referred to as "ICE holds."

Steinle's parents tried to argue in a wrongful death lawsuit that the city and its former sheriff were partly to blame for their daughter's death after they failed to alert ICE agents of Garcia Zarate's release from local custody months before the shooting.

But in 2017, a district court dismissed the family's claims. And in 2019, a federal appeals court agreed.

"As the main opinion properly acknowledges, the events underlying this case are tragic," the 2019 court filing states. "And some of Plaintiffs' claims remain to be litigated in the district court. We hold only that, under California law, the state officials are immune from suit."