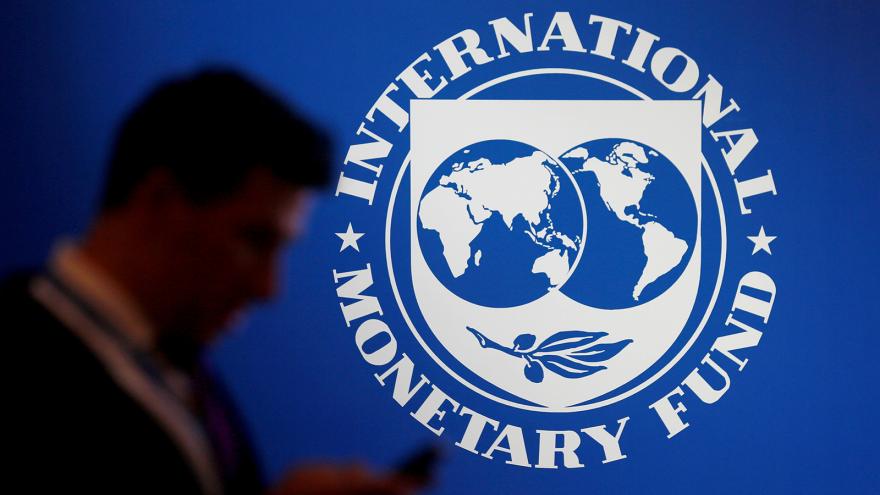 (CNN) -- The International Monetary Fund said it would bring Ukraine's request for $1.4 billion in emergency financing to its executive board as early as next week, the IMF said Saturday.

And it said countries with close economic ties to Russia are also at risk for shortages and supply disruptions. It is in talks with neighboring Moldova for aid options.

"The ongoing war and associated sanctions will also have a severe impact on the global economy," the IMF said.

After a meeting Friday led by Managing Director Kristalina Georgieva, the IMF said there were serious economic consequences in the region. Energy and wheat prices have surged, adding to the effects of inflation from the pandemic and global supply chain disruptions.

"Price shocks will have an impact worldwide, especially on poor households for whom food and fuel are a higher proportion of expenses," the IMF said in a statement. "Should the conflict escalate, the economic damage would be all the more devastating."

The IMF said the effects of sanctions on Russia would also spill into other countries.

Monetary authorities throughout the world will have to carefully monitor rising prices in their nations, it added, and policies should be implemented to protect economically vulnerable households.

Ukraine, whose airports have been damaged and are now closed,will face significant reconstruction costs, according to the IMF. The organization said earlier this week the country has $2.2 billion available between now and June from a previously approved standby arrangement.