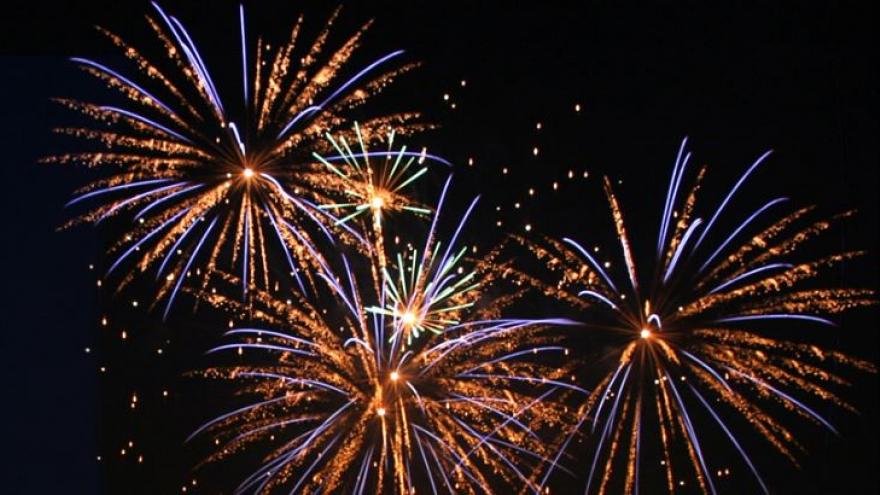 CHICAGO (AP) — Illinois officials say fireworks-related injuries are becoming a growing danger on Independence Day despite the state's ban on most consumer fireworks.

At least 2,000 people statewide have been injured by fireworks over the last decade, according to the Illinois Department of Public Health. That number includes a record 349 people hurt by fireworks last year.

"People just go across the (state) border, and even when you are driving in South Chicago, the billboards are saying, 'Hey, fireworks here,'" said Dr. Mark Grevious, a plastic surgeon who's had firework patients in Chicago hospitals.

Grevious stressed people who defy the state's rules should never light fireworks in their hands or use them after drinking alcohol.

Dr. Stathis Poulakidas is the burn unit director at Chicago's Stroger Hospital. He expects dozens of firework patients this weekend amid holiday festivities.

"Most of them are during the igniting process," he said. "Easily half of those will be inpatient admissions requiring surgery."

Federal law strictly limits the power of consumer fireworks, said Julie Heckman, executive director of the American Pyrotechnics Association. But people still make the more powerful mortars at home by ordering the material, putting them together and selling them in bootleg markets, she said.

Fire marshal spokeswoman Teagan Shull said the use and misuse of powerful fireworks like mortar shells may be behind the increase in catastrophic injuries.

"Follow the instructions," said Marcus Pryor, who lost most of two fingers in a July 4 firework explosion three years ago in Chicago. "Don't buy things off the street. ... Got to be careful."