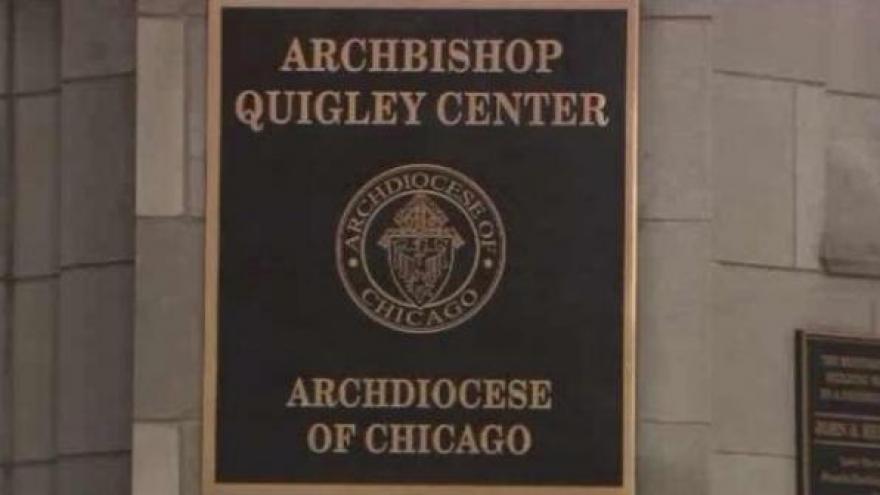 (CNN) -- In yet another blow to the Catholic Church in the United States, Illinois' attorney general says the state's six dioceses have failed to disclose accusations of sexual abuse against at least 500 priests and clergy members.

In many cases, the accusations have "not been adequately investigated by the dioceses or not investigated at all," Madigan's office said in a statement Wednesday. What's more, the statement added, the church often failed to notify law enforcement authorities or the state's Department of Children and Family Services about the allegations.

"By choosing not to thoroughly investigate allegations, the Catholic Church has failed in its moral obligation to provide survivors, parishioners and the public a complete and accurate accounting of all sexually inappropriate behavior involving priests in Illinois," Madigan said in the statement.

"The failure to investigate also means that the Catholic Church has never made an effort to determine whether the conduct of the accused priests was ignored or covered up by superiors."

Madigan began her investigation in August, after a Pennsylvania grand jury released a damning report detailing horrific abuses by 300 Catholic clergy against more than 1,000 victims since the 1950s. In the aftermath, 36 dioceses have publicized self-reported lists of clergy "credibly accused" of abusing minors. (There are 197 dioceses in the United States.)

But advocates for survivors of sexual abuse have challenged many of the lists, calling them incomplete or evasive. Few of the lists detail exactly when the abuse claims were made, or what was done about them. Madigan's criticism seems to lend credence to those claims.

"The preliminary stages of this investigation have already demonstrated that the Catholic Church cannot police itself," Madigan said. "Allegations of sexual abuse of minors, even if they stem from conduct that occurred many years ago, cannot be treated as internal personnel matters."

Based on her review of the Illinois dioceses' internal files, the attorney general says the dioceses have received sex-abuse-related allegations against approximately 690 clergy. But they publicly reported just 185 of the allegations.

Nearly 75% of the allegations were either not investigated or were investigated but not substantiated, according to the report.

In many cases, the dioceses said they had not conducted investigations because the priest or clergy member was dead or had already resigned by the time the allegation was reported to the dioceses, according to the attorney general's office. It did not specify which of Illinois' six dioceses were responsible for the unreported accusations or when they were made.

In other cases, the dioceses failed to "substantiate" an allegation when it came from only one survivor, even when church officials had reason to believe that survivor and to investigate further, according to the report.

"The dioceses also often found reasons to discredit survivors' stories of abuse by focusing on the survivors' personal lives," the report says.

Cardinal Blase Cupich of Chicago, head of Illinois' archdiocese, said his office has reported all allegations -- regardless of whether the accused is living or dead -- to civil authorities since 2002.

The Diocese of Joliet said that it has "received no formal or informal indication from the Attorney General that we failed to adequately investigate any allegation of abuse and/or report it to authorities."

Joliet also said Madigan has not told the diocese "of any inaccuracies or omissions in our files that would prompt additions or corrections to the list of priests with credible allegations that is on our website."

The six dioceses in Illinois are: Chicago, an archdiocese, and Belleville, Joliet, Peoria, Rockford and Springfield. Four did not disclose their lists of clergy accused of abuse until the attorney general began her investigation.

"The Dioceses of Belleville, Peoria, Rockford, and Springfield did not take the basic step of publishing a comprehensive list of clergy who had been 'credibly accused' until the Office became involved," the report says.

Bishop Thomas Paprocki of Springfield said his diocese has cooperated with the attorney general's investigation, but the decision to withhold names in the past was done with "a virtuous intent."

"Reviewing these past cases has also reminded us that many years ago people didn't publicly discuss the kind of salacious allegations documented in these files," Paprocki said in a statement.

"A virtuous intent to protect the faithful from scandal unfortunately prevented the transparency and awareness that has helped us confront this problem more directly over the past fifteen years. We are continuing to learn and strive to improve our assistance for those who are victims and survivors of child sexual abuse."

Cardinal Cupich of Chicago, a close ally of Pope Francis, is one of dozens of Catholic bishops who will meet in Rome February 21-24 to address the clergy sexual abuse scandal, which has rocked the church on several continents.

In December, the Society of Jesus, popularly known as the Jesuits, released lists from four American provinces of more than 230 priests who had been credibly accused of abusing minors.