If the governor signs this bill, Virginia will become the fourth state to ban hair discrimination 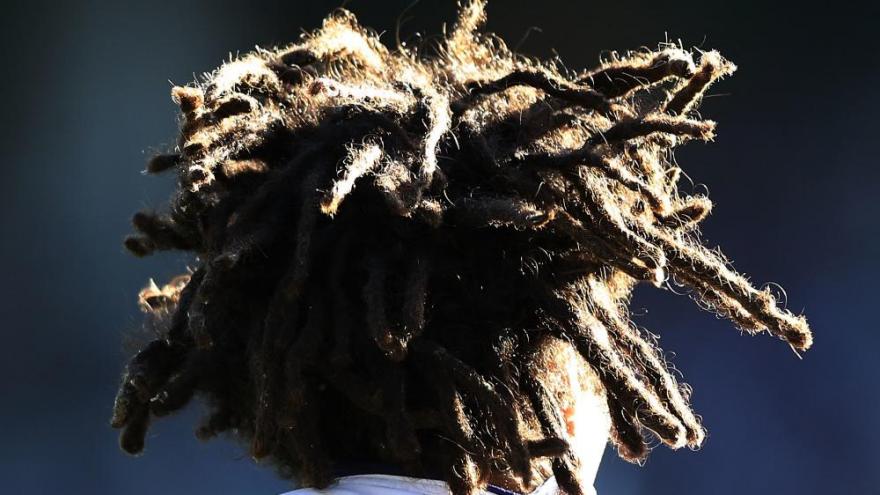 Virginia is on the brink of becoming the fourth state to ban hair discrimination, with only the signature of the governor remaining for the prohibition to become law.

(CNN) -- Virginia is on the brink of becoming the fourth state to ban hair discrimination, with only the signature of the governor remaining for the prohibition to become law.

The bill would amend state law, adding a section that specifically bans discrimination based on "traits historically associated with race, including hair texture, hair type, and protective hairstyles such as braids, locks, and twists."

In other words? Hair discrimination, which has received increasing attention after a high school wrestler in New Jersey was forced to cut off his dreadlocks in order to compete back in 2018.

The bill unanimously passed the Senate earlier this month, and just made it through the House on Friday. Now, it awaits Democratic Gov. Ralph Northam's signature.

Charlotte Beckley owns a black hair salon called Braids N' More of SoNo in Chesapeake. Beckley told CNN affiliate WVEC she was excited to hear the bill had progressed. She's heard stories from clients about hair discrimination in workplaces, and she says it needs to end.

"We have a lot of talented people, and ethnicity should not be a factor in whether or not they can provide the type of skill that's needed for the type of job that they're performing," she said.

With Northam's signature, Virginia would follow in the footsteps of California, New York and New Jersey, respectively, in banning hair discrimination.

Other states may follow. Similar bills are making their way through Colorado, Washington and Minnesota legislatures, and many more are considering legislation.

Texas lawmakers, for example, announced earlier this month that they are considering adopting the CROWN Act, which stands for "Creating a Respectful and Open World for Natural Hair," after an 18-year-old in the state was told he had to cut his dreadlocks to walk at graduation.