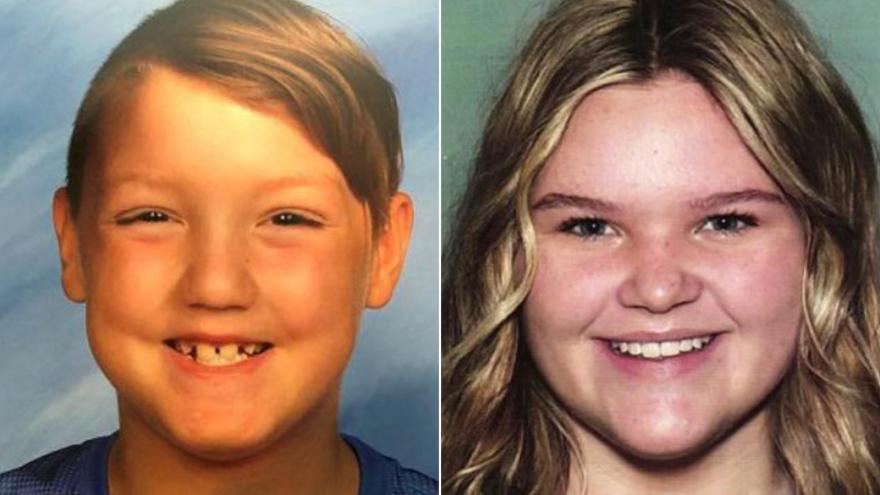 Idaho police say they are worried time is running out in the case of two children who have been missing since September. Multiple law enforcement agencies in Idaho are looking for siblings, 7-year-old Joshua and 17-year-old Tylee.

(CNN) -- Idaho police say they are worried time is running out in the case of two children who have been missing since September.

"We are trying to be so urgent with it. Time is just slipping, slipping away," Rexburg, Idaho Assistant Police Chief Gary Hagen told CNN.

Police are looking to question Chad Daybell and Lori Vallow after her children -- 7-year-old Joshua Vallow and 17-year-old Tylee Ryan -- were reported missing and his previous wife was found dead. The couple "abruptly" left their home when police arrived to serve a search warrant last month.

Hagen said they aren't calling Daybell and Vallow suspects. They just want to be assured the children are safe.

"Every week or two weeks has been something new that just sinks your heart through your stomach," Joshua and Tylee's older brother Colby Ryan told CNN affiliate KSTU. "This has been horrible. This has been so consistent for us."

Hagen's 35-member police department has been working round the clock through the holidays along with Salt Lake City FBI, the Fremont County Idaho Sheriff's office, and police in both the cities of Chandler and Gilbert, Arizona interviewing family and friends looking for leads, holding regular conference calls to share information.

Daybell's wife, Tammy, was found dead in her Fremont County home on October 19, according to a release from the Rexburg Police Department. Authorities initially thought her death was from natural causes but have since deemed her death suspicious and exhumed her remains on December 11.

Family members told police they had not spoken to Joshua, who is adopted and has special needs, since September. Authorities conducted a welfare check on November 26, and Vallow and Daybell said Joshua was with a family friend in Arizona, police said.

Police later found out he was not staying with that friend and reported him missing. They also discovered that Tylee had not been seen since September and reported her missing, according to a statement.

Police returned the day after discovering that Joshua was not where they said he was to execute a search warrant on the home.

But when they arrived, they found that Vallow and Daybell "abruptly" left their home and fled the area, police said. The Rexburg police requested FBI assistance in finding Joshua because they said it does not look like the couple took the boy with them.

Attorney in contact but no information on the children

An attorney for the couple says he is in contact with them, according to East Idaho News.

"Chad Daybell was a loving husband and has the support of his children in this matter. Lori Daybell is a devoted mother and resents assertions to the contrary," Attorney Sean Bartholick told the outlet. "We look forward to addressing the allegations once they have moved beyond speculation and rumor."

He did not, however, have information regarding the whereabouts or welfare of the children.

Hagen says the local prosecutor has been working with investigators to get in touch with the couple through their attorney.