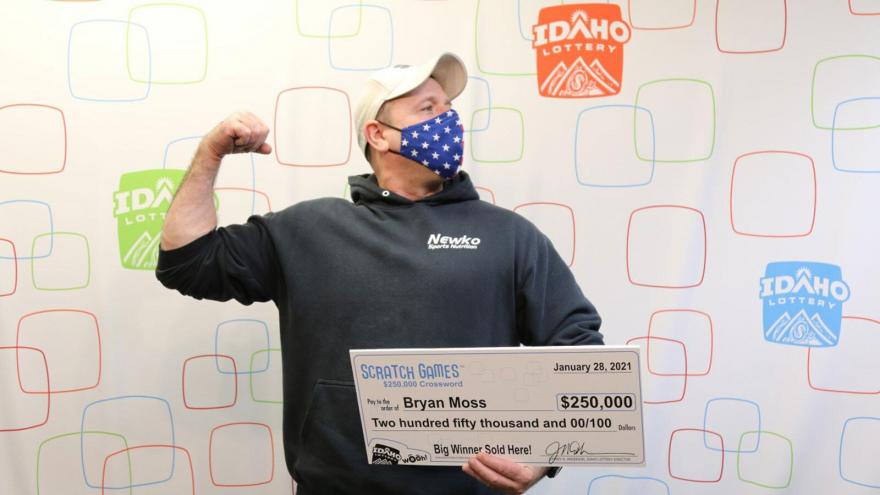 Bryan Moss won his sixth prize from the Idaho Lottery.

(CNN) -- An Idaho man can now call himself a lotto winner six times over.

Bryan Moss, from Meridian, won a $250,000 prize from a Crossword scratch game on Thursday, the Idaho Lottery said in a press release, marking his sixth ever lotto win. However, this marks his first top prize and "by far the largest," Idaho Lottery said.

Moss, who owns Newko Sport and Nutrition health store, told Idaho Lottery that he plays regularly because he knows it benefits Idaho schools.

The Idaho Lottery dividend has gone to Idaho public schools and the Permanent Building Fund, which supports state operated facilities, like Idaho's colleges and universities, since its founding. In total over the history of the state lottery, $961.5 million has been contributed to these two entities.

He said he plans to put his winnings aside for his daughter's education.