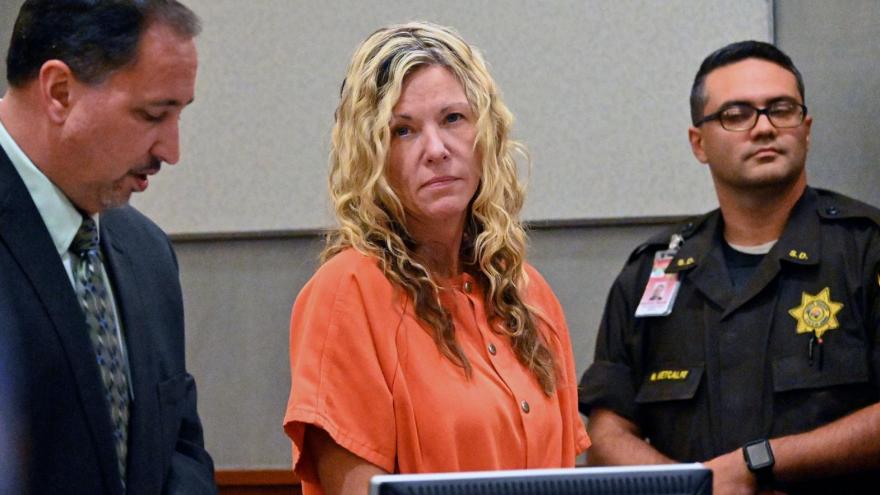 Lori Vallow appears in court in Lihue, Hawaii on Feb. 26, 2020. An Idaho judge ruled April 11 that Lori Vallow is mentally fit to stand trial on charges related to the deaths of her two children, according to court documents.

(CNN) -- An Idaho judge ruled Monday that Lori Vallow is mentally fit to stand trial on charges related to the deaths of her two children, according to court documents.

Vallow is "restored to competency and is fit to proceed," Judge Steven W. Boyce said in his order.

Vallow and her husband Chad Daybell were indicted on murder charges in May 2021 in the deaths of Vallow's children, Tylee Ryan, 17, and Joshua "JJ" Vallow, 7.

Daybell pleaded not guilty to the charges, but after a court ordered psychological evaluation, Lori Vallow was declared "not competent to proceed."

Tylee and JJ had gone missing in September 2019 and Vallow and Daybell married two months later.

In June 2020, law enforcement officials found the remains of the children on Daybell's property in Fremont County, Idaho.

Monday's order said Vallow would be transferred from the Idaho Department of Health and Welfare and remanded to the custody of the Fremont County Sheriff before her arraignment April 19.

Daybell and Vallow also each face charges related to the deaths of their former spouses.

Daybell is charged with murdering his ex-wife, Tammy, who was initially believed to have died in her sleep in October 2019, less than three weeks before he married Vallow. He has pleaded not guilty.

Vallow is facing a charge of conspiracy to commit first-degree murder in Tammy Daybell's death.

Vallow has also been charged with one felony count of conspiracy to commit first-degree murder in the death of her former husband, Charles Vallow, who was fatally shot in July 2019.

According to a probable cause statement released by police in Chandler, Arizona, in July 2021, Lori's brother, Alexander Cox, called 911 on July 11, 2019, to report he had shot and killed his former brother-in-law,

?Cox told investigators he acted in self-defense after a physical altercation with Charles Vallow, police said. Cox died in December 2019, according to prosecutors.

Police said in the statement that Lori Vallow had discovered her former husband was planning an intervention over fears for his children's safety and his death was premeditated.

According to the statement, Lori Vallow had "radical beliefs" including that she was an "exalted Goddess" and that she and Daybell were "directed to lead 144,000 people in preparing for the end of the world."

Daybell has not been charged in Charles Vallow's death.