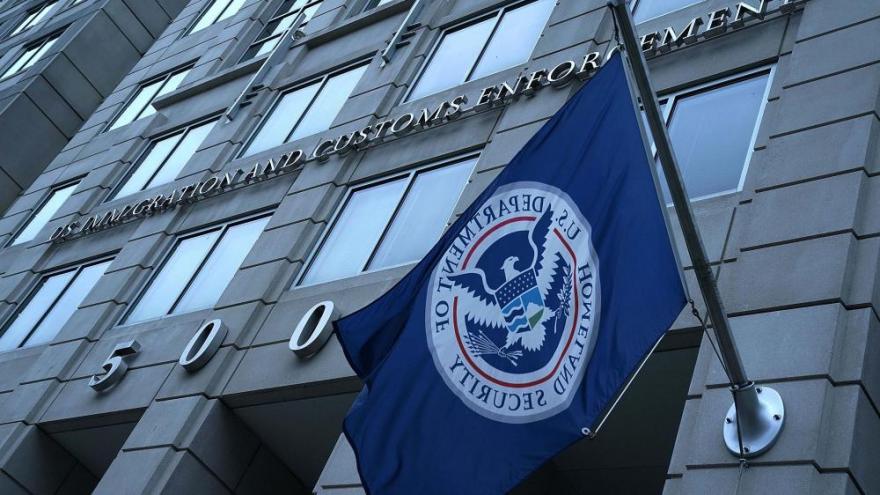 Immigration and Customs Enforcement has terminated the Trump-era office that focused on victims of crimes linked to undocumented immigrants, another move the Biden administration has taken to distance itself from President Donald Trump's immigration policies.

(CNN) -- Immigration and Customs Enforcement has terminated the Trump-era office that focused on victims of crimes linked to undocumented immigrants, another move the Biden administration has taken to distance itself from President Donald Trump's immigration policies.

ICE announced on Friday that it was shuttering the Victim of Immigration Crime Engagement office and replacing it with a new program to provide victim support regardless of immigration status of the victim or perpetrator.

"All people, regardless of their immigration status, should be able to access victim services without fear," Homeland Security Secretary Alejandro Mayorkas said in a statement.

Acting ICE Director Tae Johnson echoed those comments, saying that ICE is "committed to serving all victims of crime."

The Trump administration launched the victim support office in April 2017 as a fulfillment of the then-President's executive order on immigration. Formation of the office followed Trump's repeated public comments linking immigrants and criminals, most notably a speech in which he referred to Mexicans as criminals and "rapists."

Critics said at the time that the office was part of several measures that would skew public opinion against immigrants.

Then-Homeland Security Secretary John Kelly said the goal of the office was to give resources and support to families that he said previously felt unheard.

The Biden administration's replacement program, called the Victims Engagement and Services Line, will include guidance on visas for immigrants who are victims of crimes or human trafficking.

The new hotline will provide callers with multiple options, such as the ability to report abuse in ICE detention, along with a long-standing system for push notifications about custody status and case outcome, in addition to the victim assistance support.

The new guidance was prompted by an executive order and marked a return to Obama-era immigration enforcement measures based on a priority system instead of the more aggressive approach taken under the Trump administration.

And earlier this year, ICE said it would no longer issue fines to undocumented immigrants who have failed to depart the United States, a reversal from the Trump-era policy that threatened immigrants with thousands of dollars in debt to the federal government.

The agency rescinded the two orders on the collection of financial penalties after determining the policy to be "ineffective," announcing it intended to cancel fines already issued to undocumented immigrants.