ICE set to begin immigration raids in 10 cities on Sunday 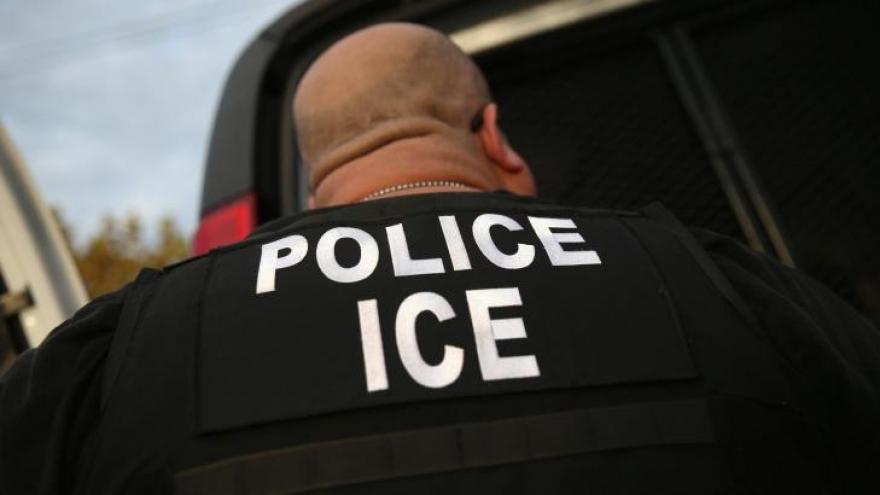 Immigration and Customs Enforcement is pressing forward to arrest and deport families with court-ordered removals in 10 cities beginning Sunday, according to a senior immigration official, after President Donald Trump's tweet revealing an operation was imminent.

(CNN) -- Immigration and Customs Enforcement is pressing forward to arrest and deport families with court-ordered removals in 10 cities beginning Sunday, according to a senior immigration official, after President Donald Trump's tweet revealing an operation was imminent.

But acting Department of Homeland Security Secretary Kevin McAleenan has been hesitant about elements of the operation, according to two sources familiar with his thinking.

ICE has said it was considering options to arrest and deport families who have gone through their legal proceedings but has refrained from publicly providing the scope and timeframe of the operation, which officials say could lead to a situation where a family is separated and could cause a backlash against the department.

To that end, Trump's tweet Monday night that ICE, the enforcement arm of DHS, was preparing to deport "millions" of undocumented immigrants next week was striking, given the figure and the decision to disclose an operation prior to its execution.

"If you're here illegally, then you should be removed," acting head of ICE Mark Morgan told reporters Wednesday during a call prompted by the President's tweet. "And in this case, that includes families."

A senior administration official told CNN the operation had been planned for some time, but said the tweet had put the operation at the forefront.

"Certainly, the President's tweet helped prioritize things for people," the official said, adding that there had been internal debate about timing amid negotiations with Congress on additional funding and the upcoming 2020 budget.

The official added that "there has been an effort to communicate what is likely to happen, without saying specifically when and where," contrary to the "zero tolerance" policy which was done without much advance notice to the media or Capitol Hill.

Field agents at local field offices are receiving briefings and trainings, according to a senior immigration official. There are also preparations being put in place for mixed-immigration status families: for example, if a parent is undocumented, but has a US citizen child.

"Due to law-enforcement sensitivities and the safety and security of U.S. Immigration and Customs Enforcement personnel, the agency will not offer specific details related to ongoing enforcement operations before the conclusion of those actions," ICE said in a statement Friday.

Officials have previously raised concerns about the operation being perceived as separating families again, though Morgan said Wednesday, "Our goal is not to separate families."

The intent, Morgan said, is to deter migrants from coming to the US-Mexico border, and the operation is expected to include families who are on an expedited court docket.

On Friday, mayors from those cities spoke out against the expected raids. Chicago's mayor, Lori Lightfoot, announced that the city's police force would not cooperate with the ICE raids, and Francis Suarez, the mayor of Miami, said, "As Mayor, I trust that only those individuals who represent a clear and present danger to our communities will be affected by this DHS policy."

The cases are being expedited to try to process the families in under a year.

Morgan said ICE had worked closely with the Justice Department on the family expedited docket and that the "results were very disappointing," claiming that some families haven't attended their immigration hearings.

In February, ICE sent around 2,000 letters to families who already had received final orders of removal by judges in absentia, asking them to self-report to local ICE offices by March to comply with the orders, Morgan said. The upcoming operation is expected to target approximately 2,000 people, according to the senior immigration official.

Once arrests take place, families will likely be moved to ICE family residential detention centers as the agency works with consulates to obtain travel documents, according to the official. Some people will likely appeal their cases, but eventually some will be removed.

The official added that when there are US citizen children in the family, the parents will be fitted with an ankle bracelet and allowed to stay with that child to allow time to get affairs in order while other undocumented family members remain in custody, the official added, nothing that no one wants a situation where a child is left alone.

Advocacy groups say they're mobilizing beginning Sunday in anticipation of an upcoming operation.

Morgan, who took over the director role in an acting capacity weeks ago, stressed that there hasn't been a shift in direction for the agency but rather a continuation of its policy not to exclude any demographic for arrest and deportation. The operation is expected to encompass worksite enforcement, as well as families with court-ordered removals and individuals with final orders for removal.

CNN first reported last month that the administration had been considering deporting migrant families with court-ordered removals in an attempt to "send a message" to smugglers, according to a senior administration official.

As part of the consideration, the administration had been looking at an operation rolled out in the late years of Barack Obama's presidency -- and revived in Trump's first year in office -- that also targeted family units. Obama initially focused on felons.

A plan months in the making

Last year, at the request of DHS, the Justice Department put together the accelerated family court docket or the so-called "rocket docket," according to a former administration official.

"The goal was to get to consequence quicker," so that "people would get their hearings, they would get ordered removed, and then a significant number" of people would be put back into ICE custody and removed from the US, said the official.

Sometime around March, ICE officials took additional planning steps. The former acting ICE Director Ron Vitiello had several conversations about a potential operation with then-Homeland Security Secretary Kirstjen Nielsen, who at the time requested additional information, according to the official. But before DHS was fully prepared to carry out the operation, both Nielsen and Vitiello left the administration amid a purge of top DHS officials in April.

There was an understanding that an operation targeting families would be "tough and difficult" for everyone involved, said the official.

"You go to a home that's a family and maybe the father is present, but the mother is not or vice versa. People are in medical care. Other members of the family may be in legal status," said the former official. "There's a lot of stuff to consider in a situation like this."

Additionally, there were also discussions about family separation and whether this operation would comply with current court orders, as well as the President's executive order to end family separation.

Trump doubles down on illegal immigration

Trump's tweet about a massive operation came on the eve of his re-election rally. The President had made illegal immigration a cornerstone of his 2016 campaign and appeared to be reverting back to that message hours before taking the stage in Orlando.

But the mass deportations he previously warned of haven't materialized and deportation numbers have lagged behind those seen during Obama's presidency.

According to ICE data, deportations increased about 13% between fiscal year 2017 and fiscal year 2018, when 256,085 people were deported. That's still significantly less than the number of people deported during fiscal year 2012, when Obama's administration deported more than 400,000 people.

Staffing limitations and budget constraints generally limit how many people the US can detain and deport -- and how quickly that process happens. Deporting millions of people would cost far more than Immigration and Customs Enforcement's current budget allows -- and require a vast amount of resources.

The administration contends that interior enforcement will deter migrants from journeying to the southern border. The swell of migrants illegally crossing the border in recent months has overwhelmed DHS. In May alone, nearly 133,000 migrants were arrested for illegally crossing the border, according to Customs and Border Protection data, including more than 11,000 unaccompanied children. Many of them turn themselves in to Border Patrol.

In an emergency budget request made last month, the White House is seeking $4.5 billion more from Congress "to address the immediate humanitarian and security crisis at the southern border of the United States," including $33.7 million more to fund ICE transportation and removal, and more than $340 million to fund thousands more beds in immigrant detention facilities.

But that request is still making its way through Congress -- and it's likely to face pushback, particularly from House Democrats who've repeatedly noted their concerns about the Trump administration's approach to immigration enforcement.