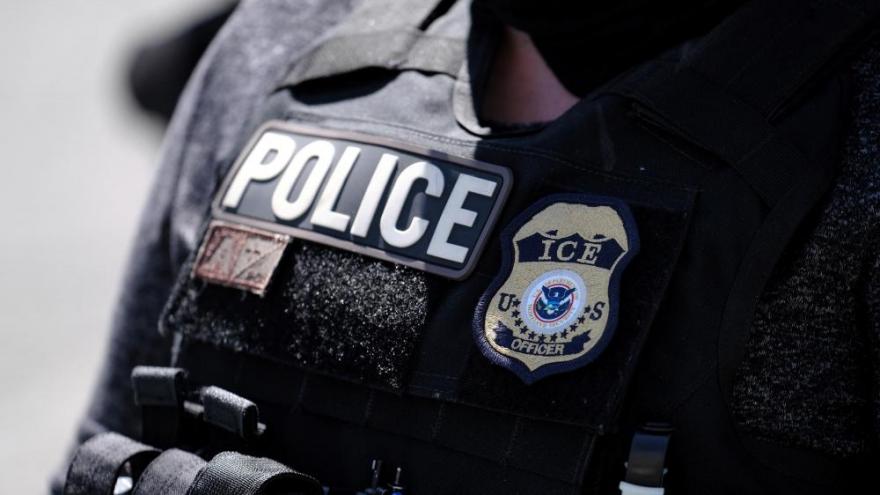 An Immigration and Customs Enforcement detainee in Mississippi with an urgent medical need was not sent to the hospital and later died, according to a Department of Homeland Security inspector general report obtained by CNN.

(CNN) -- An Immigration and Customs Enforcement detainee in Mississippi with an urgent medical need was not sent to the hospital and later died, according to a Department of Homeland Security inspector general report obtained by CNN.

The incident was discovered as part of an unannounced remote inspection conducted earlier this year of the Adams County Correctional Facility in Natchez, Mississippi -- a facility that is used to house undocumented immigrants in federal immigration custody.

Overall, however, the report found that the facility generally met ICE standards of medical care, the IG found during the inspection, which took place in January and February 2021.

"Although the facility generally provided sufficient medical care, we identified one case in which the medical unit examined a sick detainee but did not send the detainee to the hospital for urgent medical treatment, and the detainee died," the report reads.

However, there were other issues uncovered at the facility, including lack of sick call documentation and inconsistency with Covid-19 guidelines.

This is the latest in a series of inspector general reports detailing health and safety violations in federal immigration detention, including expired food and dilapidated bathrooms and lack of facial coverings and social distancing that may have contributed to repeated Covid-19 transmissions.

The most recent report found that in some cases the registered nurse at the Adams facility was not noting the disposition of the detainee sick call visit and that the medical unit was not documenting follow-up on detainee laboratory test results.

On December 17, 2020, a detainee with a history of hypertension requested medical attention due to chest pains and pain in his arms and was taken to the Adams medical unit where he was given medication, oxygen, and an electrocardiogram was performed, according to the watchdog.

The detainee was released and collapsed while waiting to return to his housing area.

Adams medical staff initiated cardiopulmonary resuscitation and administered epinephrine. Paramedics arrived and performed resuscitation efforts, but the detainee was pronounced dead, according to the IG.

Had the Adams medical staff compared the 2019 electrocardiogram with one conducted on December 17, 2020, "it should have prompted the medical staff to call 911 and send the detainee to the hospital where life support care would have been readily available," concluded a medical professional contracted by the inspector general.

The Adams facility is owned and operated by CoreCivic, a company contracted by ICE for detention facilities.

In 2020, Adams had an average daily population of 710 detainees with a maximum capacity of 2,348, but at the start of the inspection, there were 222 people detained there.

As part of the inspection, the inspector general also determined that ICE paid more than $17 million for unused bed space based on a contracted minimum payment.

The number of detainees continued to decline during the time of the inspection.

"Although ICE must acquire and maintain enough bed space to satisfy demand for detainee population surges, it must also strive for balance to avoid wasting funds on empty beds," the report concluded.

In the report, ICE agreed with all the recommendations and completed several of them already. CNN reached out to the agency for comment on the report.