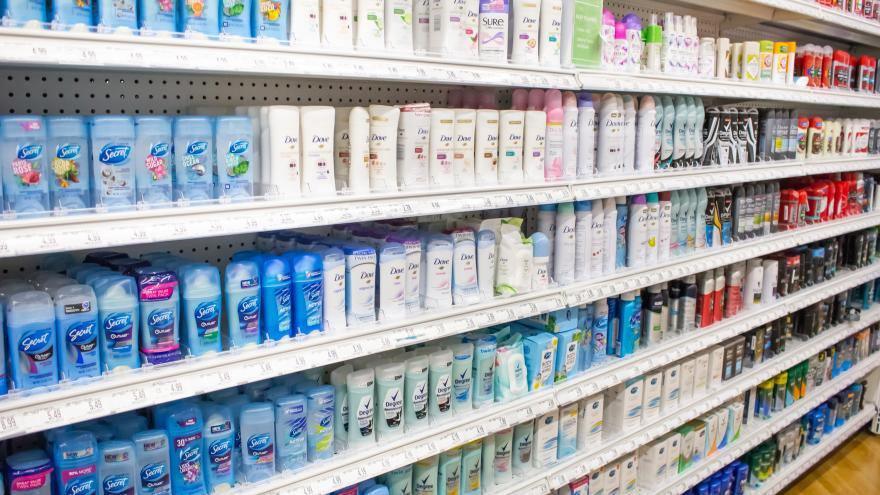 (CNN) -- You're going out less and spending more time at home, which can mean only one thing: you don't need to wear deodorant as often.

With social distancing in full effect and people being forced to quarantine at home due to the pandemic, fewer people are going into offices to work or out to socialize. This has led to fewer people grabbing that stick of deodorant to roll on before going out and more people lounging at home watching Netflix with a tub of ice cream in hand.

Consumer goods company Unilever said on Thursday that demand for personal care items have slumped. The company, which owns brands such as Dove soap and Axe deodorant, said that the lockdowns have led to the decline in sales.

It hasn't been all bad for Unilever, though. The company owns ice cream brands such as Breyer's, Ben & Jerry's and Magnum, and ice cream sales at home are up as people consume more food at home.

Sales of ice cream people consumed at home increased by 15% in the first half of the year, and sales are even higher at 26% between April and June, Unilever said Thursday.

The jump in ice cream sales at home was "significantly offsetting" a loss in sales in public places, the company said.