Pete Frates, one of the men who popularized the Ice Bucket Challenge, has died 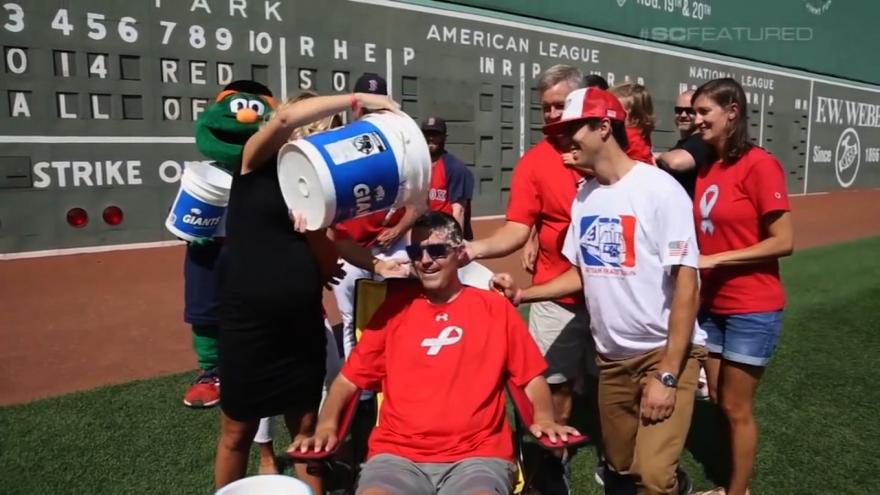 (CNN) -- A man who helped inspire a multimillion-dollar movement to help find a cure for ALS has died.

Pete Frates, 34, was one of the most recognizable faces of the ALS Ice Bucket Challenge, a viral sensation that swept the Internet in 2014 and raised more than $115 million for ALS research.

"Today Heaven received our angel: Peter Frates," his family announced in a statement released by Boston College. He was 34 years old and died peacefully "after a heroic battle with ALS," the statement said.

A former college baseball player -- he was the captain of the Boston College baseball team during his senior year in 2006 and 2007 -- Frates was diagnosed with ALS, or amyotrophic lateral sclerosis, in 2012.

ALS is a progressive neurodegenerative disease that affects nerve cells in the brain and the spinal cord.

In 2013 and 2014, Frates and two fellow Boston College alumni popularized what is now known as the ALS Ice Bucket Challenge, which involves dumping ice water on your head, making a donation to an ALS organization and challenging others to participate.

More than 17 million people did. The challenge raised $115 million during a two-month period in 2014, according to the ALS Association.

"We have never seen anything like this in the history of the disease," said Barbara Newhouse, president and CEO of the ALS Association, in August 2014.

Countless celebrities around the world took part in the challenge, and in the process, Frates became somewhat of a celebrity himself.

In 2014, another founder of the Ice Bucket Challenge, Corey Griffin, died in a diving accident in Massachusetts.

Frates leaves behind a wife, Julia, a young daughter, Lucy, and a close-knit network of family and friends who call themselves Team Frate Train, which has continued to raise money for the cause.

"On behalf of Julie, Lucy, John, Nancy, Jennifer and Andrew, along with his extended family and multitude of friends, we ask that you celebrate Pete and the hope that he has given to so many by following his daily affirmation: Be passionate, be genuine, be hardworking and don't ever be afraid to be great," the family said.

They asked that anyone who wishes to extend an expression of sympathy donate to the Peter Frates Family Foundation, which aims to help ALS patients in the advanced stages of the disease stay at home.